May I Be Frank? 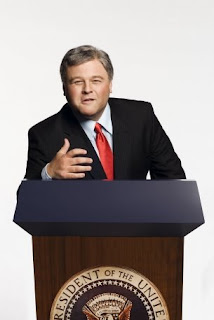 Quite frankly, I have to be frank here.

Who was the person who told Frank Caliendo he was funny? Was it the same person who also told him that he could do good impersonations? Who convinced TBS to give him his own television program?

I must confess that I have not seen Frank TV and have no plans to tune in to his show. Indeed, I have seen more than enough of him already. Anyone who has been watching televised baseball games during the last three months or so knows from where I'm coming. He has been appearing in commercials touting his show at the end of practically every half inning of every game being aired since mid-summer.

In those bits he can be seen showcasing his minimal skills of impersonation and weak attempts of inducing laughter from the viewing audience. I wouldn't doubt that in those ads we have seen virtually his complete repertoire of voices; John Madden, Jack Nicholson, Dr. Phil, and of course, George W. Bush.

I remember Rich Little, the greatest impersonator of all time. Frank Caliendo, you are no Rich Little! 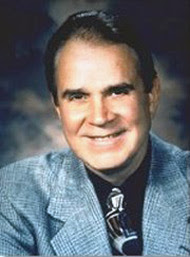 Many of those who read this post will not be familiar with Rich Little (pictured right) or probably never even heard of him. Mr. Little shared the sobriquet "The Man of a Thousand Voices" with Mel Blanc who voiced at one time nearly every cartoon character produced by Warner Brothers: (Bugs Bunny, Elmer Fudd, Daffy Duck, Porky Pig, Foghorn Leghorn, etc.)

I realize that as beauty is in the face of the beholder, so to is humor in the ears of the listener. There must be some out there who find Frank Caliendo to be funny and also think his impersonations are commendable.

If you visit the official web site of Rich Little you can click on your choice of no less than 162 of his impersonations, which include politicians, TV and movie personalities, as well as cartoon characters. You can sample those voices at:

Rich Little recorded several of his skits. My favorite was "The Presidents' Card Game," in which he voices several of our former Presidents playing a game of poker. Last month I parodied it and added the Presidents elected after his recording and included the two current candidates. Some of Little's original is paraphrased in that post which can be found here:

I don't often use my blog to rant, but tonight I've made an exception. You see, I was watching game one of the ALCS between the surprising upstart Tampa Rays and the defending World Champion Boston Red Sox ... And there were those annoying Frank TV promotions!

I guess my biggest problem is not necessarily Frank Caliendo himself, but rather the almost constant bombardment by TBS of those ad spots.

◊ ◊ ◊
I have one more rant! It's about things happening during televised baseball games.

What's with those celebrity guests who are hired to sing the National Anthem before the game and "God Bless America" during the seventh inning stretch?

What makes some of them, especially Rappers and Hip-Hoppers, think they need to put their own personal spin on those patriotic songs? It infuriates me to no end to hear them in essence disrespect the songs.

SING THE F**KING SONGS THE WAY
THEY ARE SUPPOSED TO BE SUNG!

No.1490
Curmudgeon responsible for this post: Hale McKay at 7:52 PM

I have never watched Frank Caliendo. Sounds like I'm not missing much!

You definitely not missing much, Christina.

Glad you feel better now. I don't watch television or movies so I don't care one way or another. I do know who Rich Little is though. Have a great weekend. :)

With the exception of sports, I don't watch a lot of TV either.

You have a nice weekend also.

Duh! You're so right. I read and reread this post several times before I published and not once did that sentence and especially that word jump out at me.

I have more than pie in my face - egg!

Of course, I meant infuriates.

Sorry if I came across as a smart-ass. My wife AND my daughters say I do often.

I was reminded of a line in the movie "The Princess Bride" in which one character says to another who often exclaimed, "Inconceivable!", "I don't think you know what that word means."

Anyway, I totally agree with your rant!

No john, you didn't come off as a smart-ass.

Ah, I'm glad to find someone else who questions Caliendo's talent.

The same goes for the singing of the National Anthem and "God Bless America,"