Oodles of Doodles and Noodles 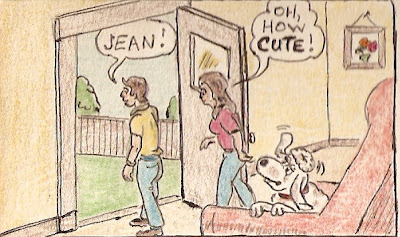 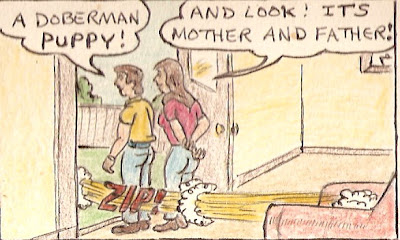 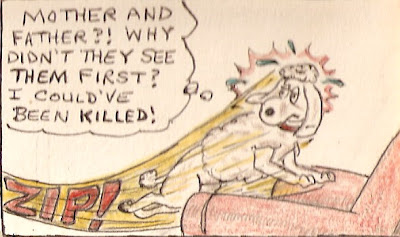 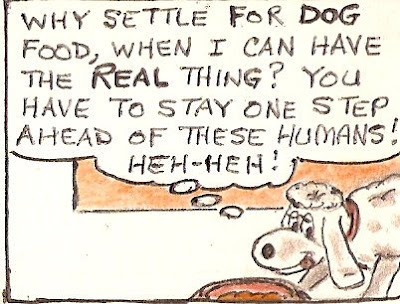 My daughter Gretchen and her husband Scott celebrated their 3rd Anniversary of wedded bliss this past Thursday. Today we took them to Di Maino's, our favorite Italian restaurant in honor of their achievement. Joining us in the fete were Scott's parents and his sister.

Unfortunately for me I wasn't my normal bubbly, bright-eyed and bushy-tailed self. Today I could have been a poster child for one of those sinus/allergy products. Had the day's plans not been a celebration, I probably would have excluded myself and stayed home.

Truth be told, my condition could have been avoided. I could have gotten a good night's sleep had I not been blindly stubborn and sat through an entire five and a half hour, extra-inning baseball game the night before. To make matters worse, the Red Sox lost to the Tampa Rays 9-8 in the 11th inning to even the best-of-seven ALCS at one game apiece.

By the time I settled in for some shut-eye it was two o'clock in the morning. Sunday morning as a rule is my one traditional day to sleep in late. However, this morning my eyes snapped open at 6 AM and despite my best efforts, I could not get back to sleep.

My head feeling like it was the size of medicine ball, I remembered that I had forgotten to take my sinus pills the night morning before. As stuffed as my head was, I knew from experience that the pressure and dull throbbing could eventually turn into a migraine headache.

Mercifully the migraine was averted thanks to a couple of Excedrin Extra-Strength tabs. After a long and steaming hot shot shower my sinuses began to clear also. The shower and cups of coffee before and after it did little to compensate for the loss of sleep.

At 12:30 in the afternoon, dressed and ready to go except for my shoes and a jacket, I settled into my recliner and closed my eyes. I was thinking that a short catnap might bring some life to my body. I managed to doze off. 12:45 - my wife woke me saying it was time to leave!

As a rule I never eat anything until after I've been awake for at least two hours. BY 1:15 PM I was staring bleary-eyed over a menu and having a hard time getting the printed information therein to focus. In the end, my stomach took charge and over-ruled my foggy brain.

While I wasn't very active in the conversations and gaiety of the others present, I was able to eat. I managed to wolf down a salad with bleu cheese dressing, three baked manicottis and two meatballs smothered in a meat sauce, a side order of garlic bread and a slice of chocolate cake. It came as a surprise to me, but despite the way I felt, I was the only one who cleaned the plate and did not require a doggy-bag.

Home by 3:45, I settled once again into my recliner and tuned the TV to the 4 o'clock football game. I slept through the entire game. I awakened at 8:30 PM - finally bright-eyed and bushy-tailed!

Okay, I thought, at least I can watch the New England Patriots play the San Diego Chargers. It should be a good game.

I'm of to bed. My fingers are crossed that the almost five-hour nap earlier won't interfere with a decent sleep the rest of the night.

Hmmm ... Interesting. What are the odds that my 1,492nd post occur on Columbus Day?

No.1492
Curmudgeon responsible for this post: Hale McKay at 8:34 PM

G'day mate
Sounds like you've had a couple of days that should have been better
If its any consolation, my footy team only won 4 games this season just gone.
Best cure for a migraine is a few stiff ones!!!!
Take care

It's amazing what we will do to support our favorite team. Glad to know you are feeling better.

Loved the cartoons. Cute as heck.

Sorry about the headache/sinus/lack of sleep though. I can so relate. It's like you are at the party, but not really that party. Surreal is close. Have a great day. :)

I started watching that game too, but went to bed around 11:00. Found out the GOOD NEWS the next morning - GO RAYS!!!!!!

i am right now watching game 3 of the series and the Rays are up 4-0.

I hate it when my sinuses get like that. Sometimes I can't even understand English. I'm glad you're feeling better.

A migraine is good excuse as any to tip a few.

If by support you mean staying up late even if they lose, then I'm guilty as charged.

Thanks. The cartoons are a tribute to the memory of our first pet as a married couple. She provided us with a lot of memories.

I know what you mean about not being able to understand English because of the sinuses. Thinking is a challenge too!