The Strange Story of Mr. Black and Ms Gray

Introducing an original tale that delves into the unexplored realms of the human mind. Hired by her lover to find a raven haired beauty, Benjamin Bering must avoid the local police as well as the agents of a nonexistent government agency who are after him and the woman. There are just two problems. The woman is in a coma and her body has been stolen. 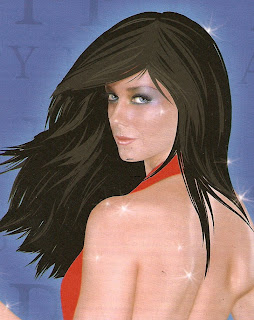 It is but once in a lifetime that the defining story of one's career falls into a newspaperman's lap. It is that one time when he is close to that which he or any journalist for that matter, aspires . How easily those two magical words rolled off my tongue ... Pulitzer Prize!

A week ago there was excitement in the press room. The handshakes and exuberant pats on my back from the paper's owner, the board members and the Editor-in-Chief could not erase the ear-to-ear smile that that was cemented upon my face. We were gathered around the conference table gazing upon the galley proofs less than an hour before the presses were to roll.

It was then that the four men made their unceremonious entrance. Three of them were dressed in black suits and ties. Feds? The fourth was wearing the uniform of a four-star General, his chest bearing the regalia of a highly decorated career.

The seven board members, the owner and the Editor were herded into a nearby office suite. The General followed them, nodded to the three suits, and closed the door behind him. I was left standing by the table, the three men facing me. One of the men produced a headset from his pocket. After donning it, he spoke one word into the device, "Domestics."

Within minutes the place was swarming with dozens of nondescript men and women wearing uniforms bearing emblems which read "Allied Office Cleaners, Inc." They separated into groups; one group rifling through the banks of filing cabinets along the far wall, another ransacking the reporter's desks, and still another skillfully tapping key boards to gain access to the many computers about the newsroom. One individual went around inspecting every scrap of paper in the trash receptacles.

When one pimply-faced young man wearing glasses with coke-bottle lenses took up station at my own desk, I opened to my mouth to protest. The words stuck in my throat when one of the suits raised an index finger and waved it menacingly at me.

Two hours later the "domestics" were marching in queue out of the room, maneuvering ahead of them two large hampers containing folders, papers, tapes and discs. Once that group had cleared the premises, the door to the Editor's office swung open. The board of directors, influential men all, filed out of the office, grabbed their hats and coats and without looking back headed directly to the elevators in the hallway.

The owner of the newspaper, in a move I thought curious, shook hands with the General and departed without a word. The three suited men then formed a phalanx between me and the office as the General accompanied the editor to the conference table where I stood.

His countenance pale, his lips quivering, my Editor began reading from a typed memo which no doubt must have been prepared by the General or some member of his staff. All records, all my notes, tapes and correspondence related to the story were to be confiscated. I scarcely heard most of it, save the official governmental cliches; confidential, a matter of National security, etc., blah-blah.

Just like that, the rug was pulled out from under my story. It would not go to the presses. It was not going to hit the newsstands.

A week ago I was on top the world. My story was to be on the front page - four columns - with a byline! Now I now find myself in hiding, a fugitive on the run.

You've Got Mail!
One evening, I believe it was the fifteenth of September at about ten PM, I was checking my e-mail at the office. I was tired and wanted to go home, well, that is, after a few cold ones down at Foley's Tavern.

I was about to close the mail box when the speakers intoned the familiar ding-ding that an e-mail had just arrived. I didn't recognize the address of the sender but the all-caps words in the subject field caught my eye: "URGENT - A SCOOP 4 U." Mind you, if I was to read every bit of e-mail promising me a scoop, I would accomplish little or nothing resembling productivity.

My finger resting on the delete key, the precognitive powers of my mind's eye visualizing an advertisement for Baskin-Robbins, I opted instead to open that most recent of flotsam to land in my mail box. It was that decision that would turn my world into an upside down-inside out madhouse.

I am sending this to you because I think you can help me, and because I have nowhere else to turn. I cannot elaborate the details of my situation, that can only be discussed in person. I assure you that if you agree to see me, it will be worth your while.

P.S. It is imperative that you delete this e-mail as soon as you have read it.

"What the hell?" I thought as I reread the words upon the screen before me. Despite the feeling that it was a bad idea, I have to admit that I was intrigued. I scribbled the phone number onto my desk calendar and promptly deleted the e-mail.

I glanced up at the array of large wall clocks across the room, each one set to the corresponding time zones in the U.S., as well as those of several international cities. It was the one to the far right that displayed the current time of 10:25 pm here on the East Coast. I picked up the handset from my desk phone and punched in the number from the calendar. There was only one ring at the number. A recorded message, a male voice, was launched only a second or two later.


Mr. Bering, please listen carefully. This message will be erased upon its completion. In the time that it takes to leave your office, a taxi will be waiting at the back entrance to your building. You will get into the taxi. The driver has been compensated and will deliver you to a specified destination. En route you will then receive further instructions.

Then there was a dial tone. Dumbfounded I shook my head in disbelief. It was certainly presumptuous of this Michelle and the man behind the recorded voice to think that at the snapping of fingers I would follow their instructions implicitly and solely on blind faith.

Five minutes later I was climbing into the cab, the vehicle starting to move even as I was pulling the door shut.

Northbound
My attempts to obtain even an iota of information from the cab driver were met with silence. It was curious, I thought, that the driver's hackney license was no where to be seen, the plastic sleeve on the back of the front seat empty. He never turned his head in my direction, thus affording me only his back-turned Red Sox cap as the only identifying feature I am able to recall.

If possible, I found the silence within the cab almost deafening. Missing were both the cacophonous squawking from the radio and the clicking drone of the fare meter. Neither device had been turned on. It was just as well, for it gave me the necessary quietude to try to fathom why I, with little forethought, had placed myself in that situation. I didn't dwell long on that reckless notion however, focusing instead on the unknown that lie ahead. Can it be that dread and anticipation are one and the same?

I stared down at my clasped hands resting in my lap, bemused at my futile attempts to rotate one thumb in a clockwise direction and the other counterclockwise. I've often felt that it was quite impossible based on my own failures to perform the feat. I grew bored of the silly exercise and placed one thumb atop the other to hold it in place.

I looked up in time to see that the cab was about to exit the Thomas P. "Tip" O'Neill Jr. Tunnel northbound onto the Leonard P. Zakim Bunker Hill Memorial Bridge. I permitted myself to smile at the audacious naming practices that Bostonians tended to assign their landmarks. The tunnel and the bridge marked the terminus of the country's largest and most expensive public works project ever, hence the ignominious title, "The Big Dig."

We were crossing the Maurice J. Tobin Bridge, also known as the "Mystic River Bridge," at its highest point of 135 feet above the river when I heard the twitter of a cell phone. The cabbie held the phone above his shoulder, moving it back and forth. Leaning forward I took the phone and raised it to my ear.


Mr. Bering, the taxi in which you are riding will soon be pulling onto the lot of a self-service gas station. Once there, you will get out of the cab whereupon you will transfer to another vehicle. This will be the final time you hear my voice until we meet in person. I apologize in advance for the circuitous route you will have taken before you arrive at my location.

"What vehicle?" I wondered aloud. "How am I supposed to know which vehicle?"

Cloak and dagger. I love these stories. How fun. I'll see you Monday for the second installment. Have a terrific weekend. :)

At last another reason to read your postings.

This promises to be as rewarding as previous stories.

I can hardly wait for the next installment.

I hope you will like this one. YOu have a nice weekend too - and see ya Monday.

Thanks. This one promises to be the best one yet.