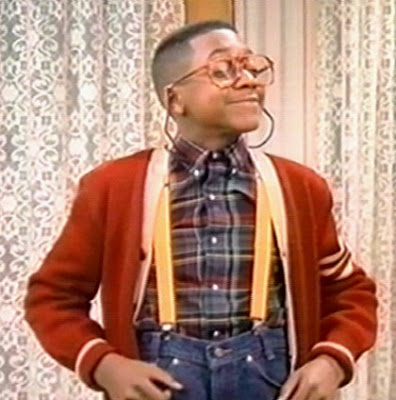 Coronation:
Barack
Obama
Don't you just hate it when someone steals your thunder?

I had no desire to rain on his parade.

So why did what's-his-name have to pick the 20th of January to cause traffic jams in Washington, D.C. of all places?

Look at him in this press release photo! Why so smug?

What's with this aligning himself with Luther's birthday? Everyone knows that Luther is Superman's deadliest enemy.

I wish to put everything into its proper perspective, folks. Today, January 20, 2009, AD, marks a personal milestone for me. It is the fourth anniversary of my entry into the world of Blogging. Four years ago today, It Occurred To Me was brought forth unto the Blogosphere .

During those four years, 1461 days, I have calloused my fingers on an HP keyboard to produce 1586 posts! I have sacrificed the time I could have been sitting on my gluteous maximus in front of the television set to watch its entertaining fare. I passed up on watching must-see-TV programs such as Beauty and the Geek, The Celebrity Apprentice, and A Shot at Love.

This will probably come as a shock to many of the readers out there, and I'm embarrassed to admit it, but I even chose to forgo watching Paris Hilton and Nicole Richie in their smash hit, The Simple Life.

The fact is, I have enjoyed those four years of Blogging. I enjoy the challenge of posting humorous original, and yes 'borrowed' material. I'm much appreciative of those who give up their own televisions to read those posts. I also enjoy reading the Blogs they post.

One benefit of Blogging, probably the best reward of all, is the wealth of friends I have found in Blogtopia. They are people I could pass on the street and not know, but yet there is certain kinship there. That is far more entertaining than anything I have yet to find on the boob tube! 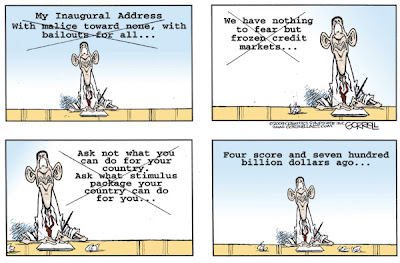 Now ... back to that interloper!

Everyone is anticipating his Inaugural speech today. As eloquent a speaker he is, I'm sure it will probably be a fine speech in that distinguished monotone drone of his. I won't be watching or listening to his oratory any more than I will be lending an ear to the countless nasally analyses of it by the stuffy broadcast journalists.

However, I will read the transcript of his pontification online this evening to digest what he has said. I'll follow that up by re-reading it the next day in the newspaper. 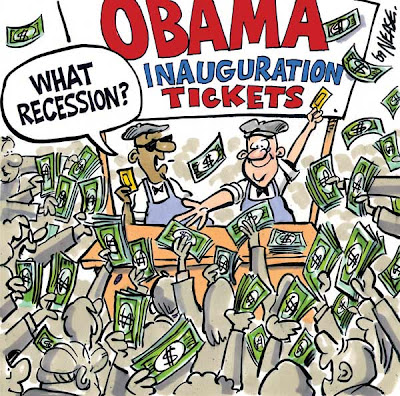 I'm not at all surprised by the large number of people expected in our nation's capital to witness and to be a part of this historic event.

Their trek from all over the country to D.C. conjures up images in my mind of Islamic pilgrims on a hajj to Mecca. The previous sentence in no way is intended to poke fun at his Muslim background; okay, yes it is. (As for me, I wouldn't walk across the street from my house to be there.)

Now, here's something that I might find my self anticipating:

In exchange for her public and blatant endorsement of him and his candidacy, our new President has agreed to co-star in Oprah Winfrey's next attempt to direct and to appear in a big screen feature film.

Her Lardness has already declared it the next summer blockbuster hit worthy of Oscar consideration. 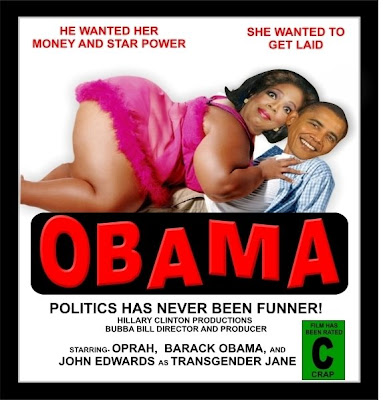 Before closing this post - did I mention that today is my 4th anniversary of Blogging?
Now you know. Thanks in advance for the accolades to come.

May the 4th be with you
Cheers

Congratulations! As you know I just reached the end of my 4th year - and it ain't easy!

Congratulations on four years of blogging. I've nothing to say about any of the rest of your post. Bwahahahahahaha. Okay, just that.

I am rejoicing for the enormity of the events today.

The inaugural speech was spectacular. We have chosen the right man.

Congratulations on your milestone, too.

Wow, four years huh? Do you get to graduate?

Thanks and right back at you again.

Oh, so you mentioned what's his name first?

It's been a fun four years though.