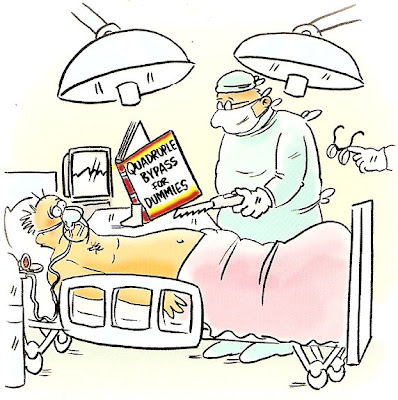 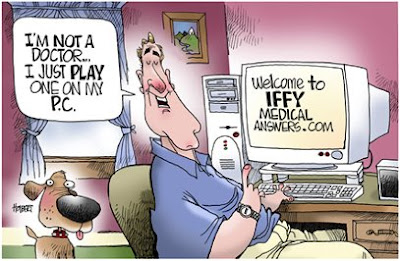 You Must Be a Dentist
A guy and a girl met at a bar. They started getting along really well they decide to go to the girl's place for a drink.

Flabbergasted, the guy responded "Yes. That's amazing how did you figure that out ?"

One thing led to another, they migrated to the bed and things became more passionate. After they were done, the girl said, "You must be a GREAT dentist!"

The dentist said, "Yes, I sure am a great dentist. How did you figure that out?" 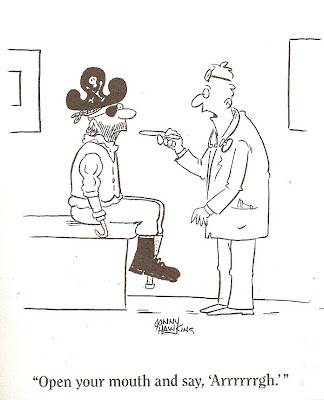 American Technology
A group of doctors were at a convention in Switzerland.The topic of discussion was the new medical technology from their countries.

"In my country," a German doctor said, "medicine is so advanced, we can perform heart surgery on a person on Monday, and have him back to work in 2 weeks."

"That's nothing," a Japanese doctor said. "We can perform an appendectomy on a person on Tuesday, and have him back in work by Saturday."

"That's nothing!" said an American doctor. "We can take an asshole from Texas, put him in the White House and half the country is out of work the next day!"

Nurse Nancy
Two doctors in practice in a small country clinic had to hire a new nurse when the one they had won the lottery and quit.

They interviewed Nurse Nancy and decided to hire her. She had only worked two days when one doctor called the other to his office and said that they would have to let Nurse Nancy go.

The doctor had barely finished his reasons when the other doctor rushed out of the room.

"Where are you going in such a hurry?" the doctor asked.

"To find Nancy, I just instructed her to prick Mr. Hill`s Boil!"

It looks my title was right. I think you're cured.

Your title is right on.

Thanks, I needed that.

Bwahahahahahaha. I stole two of these. I gave you credit of course.

No problem, a joke doesn't become a joke until it is stolen a few times and circulates anyway.