The Next Poets Laureate

I've often wondered [sic] how the nation's Poet Laureate achieves that honor. I know the Poet Laureate is appointed by the President of the United States, but who comes up with a list of candidates for him to chose from? What criteria is used to determine what poet gets consideration?

Surely the President doesn't pick his favorite poet? Wouldn't that be giving our Commander-In-Chief a little too much power? After all, why should a man who doesn't know if he's Muslim or American be allowed to determine who gets to be a Poet Laureate?

Think about it, what would stop him from naming Sean John Combs, aka P. Diddy? 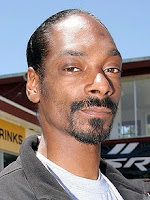 What if he opted instead for Cordozar Calvin Broadus, Jr., otherwise known as Snoop Dogg?

The Poet Laureate is sometimes called upon to publicly read poetry to audiences. I would think that any audience listening to poetry would not want to hear rhymes about sex and violence. Also, I believe such an audience would want to be able to understand what the Poet Laureate is reading.

See what I mean? Giving the President the power to name a Poet Laureate would be fraught with controversy. If it isn't bad enough that our President selects judges for the Supreme Court, do we really want him nominating Poets Laureate?

Who would George W. Bush have chosen? Elmer Fudd? Why not? They impersonated one another?

Here's an intriguing one. I can only imagine William Jefferson Clinton's ideal poet. He would have chosen one specializing in his favorite type of poetry, the Limerick:

The was a young woman named Monica
Who liked to play music on Hannukah.
Bill asked her if she'd play the flute,
And she obliged to play for the coot
But instead played him like a harmonica.

I'll have to admit that I didn't have the foggiest idea as to the name of the current Poet Laureate. A quick Google produced the name of Kay Ryan.

If I was asked to name a former Poet Laureate, the only one I can think of is Robert Frost. He was the selection of President John F. Kennedy back in the early sixties. Suffice it to say, I'm not exactly well versed when it comes to Poets Laureate. (Is anybody?)

I wonder, can a private citizen nominate a Poet Laureate?

Perhaps, I'm old fashioned, but when I think of poetry I like poems that rhyme. For example, to me a haiku isn't real poetry. (I guess it's a matter of semantics.)

There are a couple of poets out there who have been spinning some creative and original poetry for some time. Largely, they've gone unnoticed when it comes to their lyrical rhymes. It may have something to do with how they apply their poetry. They are not unknowns either. Practically every American knows who they are.

Anthony Sullivan and Billy Mays are pitchmen who work the Infomercial circuit.

Their products are not available in stores, even though they show up in stores a couple of months after the original infomercial airs.

The Awesome Augur: ... it takes the hard work out of yardwork!

Fixit: ... the scratch has met its match!

Holliday House Floor Shine: ...Shine it once and it shines for months!

Well' there you have it, these two poets probably don't know it, but I hereby submit their names for nomination for consideration as the next Poets Laureate.

Two things that made me laugh out loud:

After all, why should a man who doesn't know if he's Muslim or American be allowed to determine who gets to be a Poet Laureate? and the Monica piece.

Thanks for the chuckles as always.

Are you sure you're not meaning Dick Cheney? I mean, besides Elmer, who had the hunting accident?

LOL - glad those two got a laugh out of you.

Funny, but the Bill Clinton/Monica Lewinsky thing never seems to get old.

Hi there, neighbor to the north. It's good to hear from you.

How about those Red Sox?

You are correct in regards to the hunting issue.

I was aiming more at the enunciation of the two.