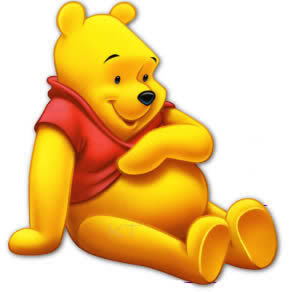 "When I think back on all the crap I learned in high school, It's a wonder I can think at all ..."
-Paul Simon (Kodachrome)

This feature explores the myriad of untruths and the misinformation we were taught in our history and science classes. It would appear that our teachers were shoveling out a lot of POOH!

Maybe we should give our teachers a break because they were only passing on what had been taught them ...

{ Humphrey Bogart Was Not Model For Gerber Baby } 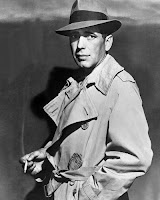 Although Humphrey Bogart's mother was a commercial artist, Gerber baby foods were introduced in 1928, twenty-nine years after Bogey's birth.

In 1928, the Gerber company invited a number of artists to submit illustrations for its first advertising campaign. Artist Dorothy Hope Smith submitted a small, unfinished charcoal sketch of Ann Turner, the baby of a neighbor. That sketch was adopted as Gerber's official trademark in 1931.

The original charcoal sketch of the Gerber Baby is kept under glass in the company vault. 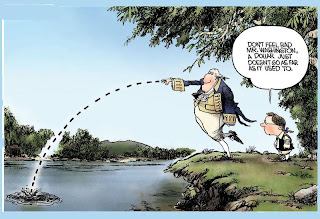 As a boy, born in 1732, George Washington lived at Ferry Farm, Virginia, on the Rappahannock River (not the Potomac). At that time the U.S. dollar did not exist and the American colonists used British currency.

The dollar did not become the basic unit of money in the United States until 1792, and the first U.S. silver coin was minted two years later, five years before his death in 1799.

{ Nero Did Not Fiddle As Rome Burned }
The violin was not developed in Italy until 1,500 years after Nero's death.

When the fire started in Rome in 64 B.C., Nero was thirty-five miles away in his villa at Antium. Nero may have played the lyre, but he definitely did not fiddle. 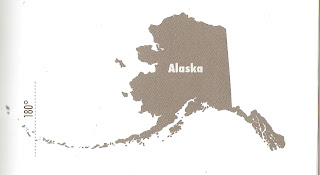 Alaska is not only the westernmost of the U.S. states, but it is also the easternmost.

Some of Alaska's Aleutian Islands (the Rat Islands and the New Islands) lie west of the 180th meridian. The 180th meridian is the recognized dividing line between the Eastern and Western Hemispheres.

You really do need to get a job. snerx.

Thanks for being here.

And yet another fine history lesson. I'm liking these posts by the way. Keep them coming. I'll be a great hit at the next cocktail party.

LOL..I knowd all of those except the Alaska one.

Maybe my job is to inform and to provide to a few laughs - and tell a few strange stories.

They are some fun facts.

The Alaska one was news to me also.

Now that is most certainly a job you do quite well. With a few exceptions. But then we can't all see the world quite the same way.

Keep up your good works.

eToro is the #1 forex trading platform for beginning and professional traders.