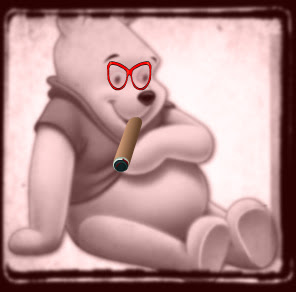 "Everybody who is incapable of learning has taken to teaching." - Oscar Wilde

It's Thursday and that means it's time to take another look at some of the pooh we have been taught and led to believe over the years.

This feature explores the myriad of untruths and the misinformation we were taught in our history and science classes. It would appear that our teachers were shoveling out a lot of POOH!

{ Eggs Benedict Not Named After Benedict Arnold }
Eggs Benedict was named after socialite Samuel Benedict. Suffering from a hangover one morning in 1894, he asked the maitre d' in NYC's Waldorf-Astoria Hotel for bacon and poached eggs on toast with Hollandiase sauce.

The maitre d' substituted ham for the bacon and an English muffin for the toast, thus creating a new breakfast sensation.

Benedict Arnold, the most famous traitor in American history, never ate Eggs Benedict. He died in 1801, ninety-three years before the dish was invented. 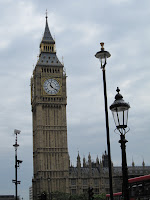 Big Ben is the name of the largest bell in the clock tower in the building occupied by the Houses of Parliament in London.

The thirteen-ton bell, installed in 1859, was named after Sir Benjamin Hall, the commissioner of works at the time.

He was a tall, stout man and his nickname was Big Ben.

The official name of the clock tower is the "Clock Tower."

{ Eating Carrots Does Not Improve Your Eyesight }

Carrots contain carotene which is good source of Vitamin A. A deficiency of vitamin A can damage the body's epithelial tissues.

Such deficiencies inhibit the manufacture of the retinal pigment rhodopsin and decreases the ability to see in dim light. The human body can use only a limited amount of Vitamin A and flushes the excess from the system.

Eating carrots will not improve your eyesight, but doing so can help prevent damage to your epithelial tissues. 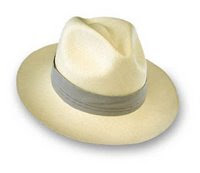 Panama hats originated in the town of Jipijapa in Ecuador. They were woven from the leaves of the Carludovica palmata tree.

The hats received their name during the 1800s, when Panama became a hub for shipping the hats from Ecuador to other countries. So hats off to Ecuador!

Hale, thanks again for your erudition and attention to detail.

I thought of, and discarded, a number of sarcastic responses. Somehow they didn't seem worthy. Besides, you might have taken them the wrong way and I would be banned from your blog for life.

Besides, I enjoy the pooh. Keep up your good works.

Knowing these crucial tidbits improves my life dramatically... and my son's. No more will I force bunches of carrots down his gullet everyday to promote good eyesight. No more will I wear Panama hats... Ecuadorian hats all the way!
But I will continue to eat Eggs Benedict because eggs cooked any other way is just blasphemy. ;)
Glad to hear you're still educating us ignorant internets. Hee hee.

Another fine history lesson on things I didn't know. I kinda knew about the carrots since I eat lots of them, but my eyesight isn't all that great. Well without glasses that is.

Oh well, as long as you're enjoying the pooh, I guess it doesn't matter.

I love Eggs Benedict too!

Works for me when I'm reading!