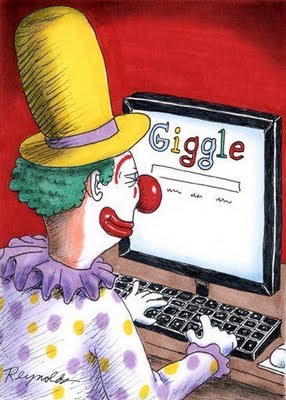 -3. Atheism is a non-prophet organization.

-4. If man evolved from monkeys and apes, why do we still have monkeys & apes?

-5. The main reason that Santa is so jolly is because he knows where all the bad
girls live.

-6. I went to a bookstore and asked the saleswoman "where's the Self-help section?". She said if she told me, it would defeat the purpose.

-7. What if there were no hypothetical questions.

-8. If a deaf child signs swear words, does his mother wash his hands with soap.

-9. If someone with multiple personalities threatens to kill himself, is it considered a hostage situation?

10. Is there another word for synonym?

11. Where do forest rangers go to "get away from it all?"

13. If a parsley farmer is sued, can they garnish his wages?

15. Why do they lock gas station bathrooms? Are they afraid someone will clean them?

16. If a turtle doesn't have a shell, is he homeless or naked?

18. If the police arrest a mime, do they tell him he has the right to remain silent?

19. Why do they put braille on drive-through bank machines.

20. How do they get deer to cross the road only at those yellow road signs?

21. What was the best thing before sliced bread?

22. One nice thing about egotists: they don't talk about other people.

23. Does the little mermaid wear an algaebra?

24. Do infants enjoy infancy as much as adults enjoy adultery?

26. If one synchronized swimmer drowns, do the rest drown too?

27. If you ate both pasta and antipasta, would you still be hungry?

28, If you try to fail and succeed, which have you done?

30. Why are hemorrhoids called 'hem-orrhoids' instead of 'assteroids?

31. Why is it called tourist season if we can't shoot at them?

32. Why is there an expiration date on sour cream?

33. If you spin an oriental person in a circle three times, do they become
disoriented?

Some of these I've wondered about as well. Bwahahahahahaha. Thanks for the laughs.

Yeah, they do evoke some serious deep thought.