"When I think back on all the crap I learned in high school, It's a wonder I can think at all ..."
-Paul Simon (Kodachrome)

A Thursday staple at this site, this feature explores the myriad of untruths and the misinformation we were taught in our history and science classes. It would appear that our teachers were shoveling out a lot of POOH!

I have discovered that there is quite a bit of the POOH floating around ...

{ Quaker Oats Are Not Made by Quakers } 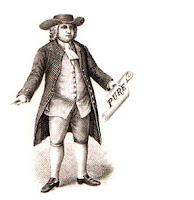 In 1887, Henry D. Seymour, one of the founders of a new American oatmeal milling company, came across an article on the Quakers in an encyclopedia. He was struck by the similarity between the religious group's qualities and the image he desired for oatmeal.

Another story suggests that Seymour's partner, William Heston, a descendant of Quakers, was walking in Cincinnati one day and saw a picture of William Penn. Like his partner, he was struck by the similarities.

In either case, their oatmeal which is packaged in the now-famous cardboard canister has nothing to do with Quakers.

A sea is a body of water connected to the ocean, like for example, the Mediterranean, the Caribbean and the Arabian seas.

The Caspian Sea, while it is nearly the size of the state of California, is completely surrounded by land, which by definition makes it a lake.

{ No Ocean Water Flows Into the Panama Canal } 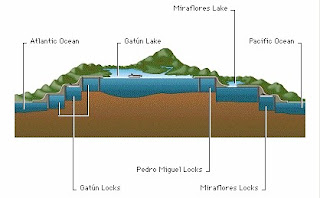 The water in the Panama Canal is fresh water which flows from streams and lakes into Gatin Lake, formed by a dam on the Chagres River.

Fresh water flows out of the canal into the Atlantic and Pacific Oceans.

The Gatun Locks, a set of water-filled chambers, lift ships entering from the Atlantic. The Miraflores Locks and the Pedro Miguel Locks lift ships that enter from the Pacific.

{ Chop Suey Was Not Invented in China }

One story states that a Chinese cook in a California mining camp made a stew of leftovers and called it 'chop suey.' The term was a phonetic transliteration of the Cantonese phrase tsa sui, which meant "miscellaneous bits."

Another version of the dish's origin maintains that in 1896 in New York City, one of Chinese ambassador Li Hung-chang's three chefs cooked up the dish to appease both the American and Chinese tastes of his guests.

No matter which story is accurate, the fact remains that chop suey is as American as apple pie!

Of course I didn't know any of this either. I love this series you do. Keep them coming.

It's beneficial to learn new things, don't you think?