It is near the Christmas school break. The teacher has turned in all her grades. All the kids are restless because there is nothing to do and it is near the end of the day.

The teacher says, "Whoever answers the questions I ask first and correctly can leave early today."

Little Johnny says to himself, "Good, I want to get outta here. I'm smart and will answer the question".

The teacher asked, "Who said 'Four Score and Seven Years Ago'?"

Before Johnny could open his mouth, Susie said, "Abraham Lincoln". The teacher said, "That's right Susie. You can go". Johnny was MAD.

Before Johnny could open his mouth, Mary said, "Martin Luther King". The teacher said, "That's right Mary. You can go". Johnny was even MADDER than before.

The teacher asked, "Who said 'Ask not, what your country can do for you'?"

Before Johnny could open his mouth, Nancy said, "John Kennedy". The teacher said, "That's right Nancy . You can go". Johnny was BOILING MAD.

Then the teacher turned her back, and Johnny said, "I wish these bitches would keep their mouths shut".

The teacher whirled around and asked, "WHO SAID THAT?" 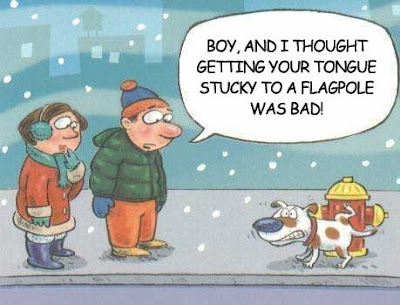 You must be surprised that I'm writing to you today, the 26th of December. Well, I would very much like to clear up certain things that have occurred since the beginning of the month, when, filled with illusion, I wrote you my letter. I asked for a bicycle, an electric train set, a pair of roller blades, and a football uniform.

I destroyed my brain studying the whole year. Not only was I the first in my class, but I had the best grades in the whole school. I'm not going to lie to you, there was no one in my entire neighborhood that behaved better than me, with my parents, my brothers, my friends, and with my neighbors. I would go on errands, and even help the elderly cross the street. There was virtually nothing within reach that I would not do for humanity.

What balls do you have leaving me a f**king yo-yo, a stupid whistle and a pair of socks. What the f**k were you thinking, you fat son of a bitch, that you've taken me for a sucker the whole f**king year to come out with some shit like this under the tree. As if you hadn't f**ked me enough, you gave that little faggot across the street so many toys that he can't even walk into his house.

Please don't let me see you trying to fit your big fat ass down my chimney next year. I'll f**k you up. I'll throw rocks at those stupid reindeer and scare them away so you'll have to walk back to the f**king North Pole, just like what I have to do now since you didn't get me that f**king bike. F**ck you, Santa. Next year you'll find out how bad I can be, you fat son-of-a-bitch!

I know WHO you are, and I KNOW where you live. You little sh*t! You can't talk to SANTA like that and get away with it!

If you don't like the yo-yo, which is a classic toy, by the way, then you can just cram it up your little ass! As for the whistle you didn't care for -- I gotcha whistle right here!!! Come blow on this! And the socks...well, I figured you are big enough to be whacking off, and those sox would have come in handy and been handy to ... well, even you should get the picture!

And... that little "faggot" across the street, you'll be happy to know that he's already got pubic hair and his whang is TWICE as long as yours. Besides, his parents think YOU're the fag --always moanin' and whinin'.

Don't worry about gathering up rocks for my visit to your house next year, 'cause I ain't coming down your chimbly ever again. If you find any pennies this year, you had better stop and pick them up, 'cause that's about all you're going to get for Christmas. Your mom and dad are doing to be killed in a car crash, and you'll be stuck in an orphanage before Thanksgiving.

Little Johnny's Ransom
Little Johnny desperately wanted a bright red wagon for Christmas. His friends were writing letters to Santa Claus, so Johnny decided to do them one better.

"Dear Jesus," he wrote, "If I get a red wagon for Christmas, I will not fight with my brother Hank for a year." Then Johnny thought, 'Oh, no, Hank is such a brat, I could never, ever keep that promise.' So Johnny threw away the letter and wrote another one.

"Dear Jesus, if I get a red wagon for Christmas, I will eat all my vegetables for a year." Then Johnny thought, 'Oh, no, that means spinach and asparagus. Yuck! I could never ever keep that promise.'

Then Johnny had an idea. He threw away the paper and went downstairs to the living room. From the mantel above the fireplace, he grabbed the family's statue of the Virgin Mary. Taking the statue to the kitchen he wrapped it in newspapers then stuffed the newspapers into a grocery bag.

He took the package upstairs to his room, opened the closet and placed the whole works in the farthest, darkest corner. Then he closed the closet door tightly, took a new sheet of paper and wrote: "Dear Jesus. If you ever want to see your mother again..." 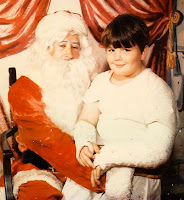 Johnny Meets Santa
Little Johnny had been waiting in a long line to sit on the department store Santa's lap before he finally gets his turn at it and climbs up.

Santa says to little Johnny, touching the little boy on the nose with his finger, "I'll bet you'd like a puppy for Christmas."

Johnny shakes his head, "No."

Santa touches the little Johnny's nose with his finger again, "Well, then I'll bet you'd like a kitten for Christmas."

Johnny again shakes his head, "No..."

The department store Santa then asked, "Well then, what would you like for Christmas, little boy?"

Johnny replies with a big grin, "I want some p*ssy!!!"

Santa, startled and almost speechless, stutters, "Well, I don't have any of that!?!?"

Little Johnny, touching Saint Nick on nose, answers back smiling, "Yes you do, because I can smell it on your finger!"

Johnny Packs His Bags
One day Little Johnny went to his father, and asked him if he could buy him a $200 bicycle for his birthday. Little Johnny's father said, "Johnny, we have a $80,000 mortgage on the house, and you want me to buy you a bicycle??? Wait until Christmas!"

Christmas came around, and Little Johnny asked again. The father said, "Well, the mortgage is still extremely high, sorry kiddo. Ask me again some other time."

Well, about 2 days later, the boy was seen walking out of the house with all his belongings in a suitcase. The father felt sorry for him, and asked him why he was leaving.

Little Johnny said, "Yesterday I was walking past your room, and I heard you say that you were 'pulling out,' and mommy said that 'you should wait because she was coming, too....'

Little Johnny is something else isn't he. I do like his style. The banter between him and Santa was pretty good too. Santa won that one though.

Have a terrific day and a very Merry Christmas. :)

Merry Christmas, Hale. I'm sure Santa will give you something nice, but you do need to be nicer to him. snerx

Little Johnny and all things Christmas seemed like a natural fit.

I will try (with fingers crossed behind my back) to be nicer.