With a great deal of the Eastern Seaboard blanketed in snow, here's a couple of winter hazards of which you should be aware: 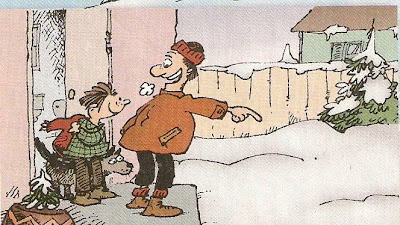 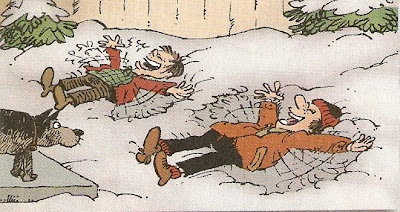 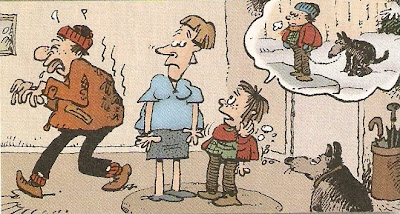 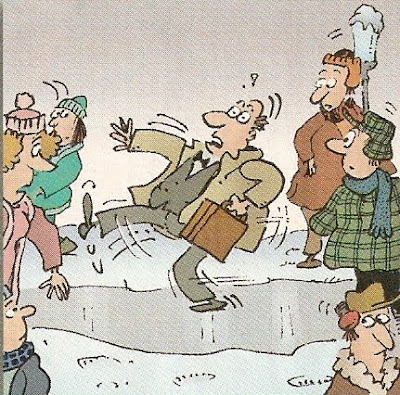 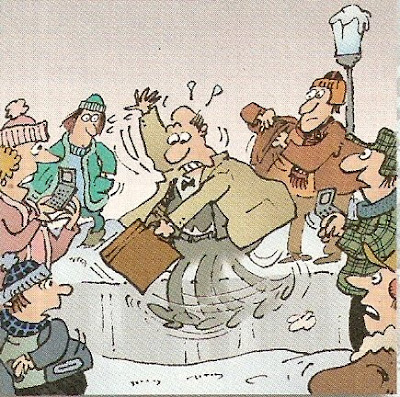 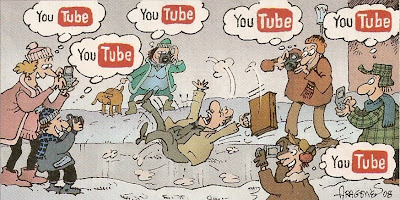 Oh no, not another parodied version of "The Twelve Days of Christmas" :

The Eco-Politically Correct "Twelve Days of Christmas"
ON THE TWELFTH DAY of the Eurocentrically imposed midwinter festival, my "Significant Other" in a consenting adult, monogamous relationship presented to me, with the expectation of receiving similar-valued merchandise in return:

TWELVE Percussionists connecting with their "inner warrior" through ritualistic pounding on cylinders topped with the stretched hides of cruelly slain bovines,

ELEVEN Members of the Pipers Union earning their living (plus an 18-member pit orchestra consisting of members in good standing of the Musicians Equity Union as required in their contract even though they will not be asked to play a note),

SIX enslaved long-necked Fowl-Americans honking in obvious protest to the affront of being made to produce non-right-to-life ova for human consumption,

(NOTE: After the Animal Liberation Front threatened with prosecution, the Calling Birds, French Hens and Partridge have been reintroduced to their native habitat. To avoid further Animal-American enslavement, my Significant Other has revised the remaining items of the midwinter package as follows:)

and a "Save-the-Spotted-Owl" activist chaining himself to an old-growth Pear Tree!

* Unless, of course, you're suffering from Seasonally Affected Disorder (SAD). If this be the case, please substitute this gratuitous call for celebration with a suggestion that you have a "thoroughly adequate December."

Thanks for sharing this... I got a very good laugh.

...And a belated Merry Christmas to you.

Thanks for the "drop-by." I'm glad you enjoyed this post.

The happiest of holidays to you.