Two women were having lunch together, and discussing the merits of cosmetic surgery. 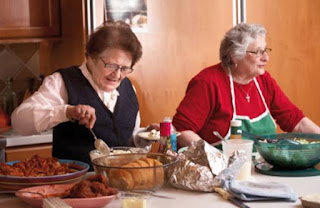 The first woman said, “I need to be honest with you, I’m getting a boob job.”
The second woman responded,“Oh, that’s nothing. I’m thinking of having my asshole bleached!”
“Whoa,” replied the first woman, "I just can’t picture your husband as a blonde!”

"Right lad," said the sergeant in the recruiting office, "what's your name?"

"And what was your civvy job?"

"I was a cork socker, sergeant."

"Well, I worked in a winery, see, and my job was to put the pretty paper over the corks in the wine bottles. A cork socker, they called me."

"Another McCoy! And what was your civvy job?"

"I was a coke soaker, sergeant."

"Well I worked in the foundry, see, and it was my job to keep the coke damp so it burned hotter. A coke soaker they called me."

"Not another McCoy! And what was your civvy job?"

"I was a sock tucker, sergeant."

"Well, I worked in a sock factory, and when the socks came off the production line
I had to fold them neatly and tuck them together. A sock tucker, they called me."

"Not another one!" the sergeant groaned.

"And what the hell are you lad? A coke soaker, a cork socker or a sock tucker?"

"None of those sweetie," lisped the bloke. "I'm the real McCoy!"

A woman was leaning how to play golf. She decided she was going to take lessons. On the first day of learning with the pro, she complained angrily that she had been stung by a wasp.

The golf pro asked her where she got stung and she replied, "Somewhere between the first and second hole."

The golf pro just stared blankly at the woman and she became a little irritated.

Finally she asked, "Haven't you got something to say about it?"

He replied, "Well, I'd say that your stance is too wide."

Dorothy and  Edna, two 'senior' widows, are talking.
Dorothy: ''That nice George Johnson asked me out for a date. I know you went out with him last week, and I wanted to talk with you about him before I give him my answer.''

Edna:  ''Well, I'll tell you. He shows up at my apartment punctually at 7 P.M., dressed like such a gentleman in a fine suit, and he brings me such beautiful flowers! Then he takes me downstairs, and what's there but a luxury car...A limousine, uniformed chauffeur and all.
Then he  takes me out for dinner... A marvelous dinner... Lobster, champagne, dessert, and after-dinner drinks.Then we go see a show. Let me tell you, Dorothy,  I enjoyed  it so much I could have just died from pleasure! So then we are coming back to my apartment and he turns into an ANIMAL. Completely  crazy, he tears off my expensive new dress and has his way With me two times!''
Dorothy:  ''Goodness gracious!... So you are telling me I shouldn't go out with him?''
Edna:  ''No, no, no... I'm just saying, wear an old dress.''

RETIREMENT is DIFFERENT for EVERYONE

One day, while going to the store, I passed by Lanark Lodge. On the front lawn were six old ladies lying naked on the grass. I thought this was a bit unusual, but continued on my way to the store.

On my return trip, I passed the same nursing home with the same six old ladies lying naked on the lawn.

This time my curiosity got the best of me, & I went inside to talk to the Nursing Home Administrator.

"Do you know there are six ladies lying naked on your front lawn?"

"Yes," she said. "They're retired prostitutes, & they're having a yard sale."

LOL! These were great! I really liked the first one - (a blonde!)

Thanks for the visit and I'm glad you enjoyed them. Drop in again sometime.