Let's Start With a Little Political Incorrectness:
I had just come out of the store with two porterhouse steaks, a jumbo sausage, a bag of chips, and a 6-pack of beer. A homeless man sat there and said, "I haven't eaten for two days."
I told him, "I wish I had your frickin' will power."

Top tip: if you're camping in the summer and the attractive girl in the next tent tells you that because it's so hot she will be sleeping with her flaps open, it's not necessarily an invitation to casual sex. Wish me luck.....I appear in court next Monday.

A fat girl served me food in McDonalds at lunch time. She said, 'sorry about the wait.' I said, 'don't worry, you're bound to lose it eventually.'

Snow in the forecast! The TV weather gal said she was expecting 8 inches tonight, I thought to myself "fat chance with a face like that!"

I have a new pick up line that works every time! It doesn't matter how gorgeous or out of my league a woman might be, this line is a winner and always end up in bed with them. Here's how it goes, "Excuse me love, could I ask your opinion? Does this damp cloth smell like chloroform to you?"

Years ago it was suggested 'that an apple a day kept the doctor away.' But since many doctors are now Muslim, I've found that a bacon sandwich works best.

I took my Biology exam last Friday. I was asked to name two things commonly found in cells. Apparently Blacks and Mexicans were not the correct answers.


A lady about 8 months pregnant got on a bus. She noticed the man opposite her was smiling at her.  She immediately moved to another seat. This time the smile turned into a grin, so she moved again.The man seemed more amused.When on the fourth move, the man burst out laughing, she complained to the driver and he had the man arrested.
The case came up in court.
The judge asked the man (about 20 years old) what he had to say for himself.
The man replied, "Well your Honor, it was like this,when the lady got on the bus, I couldn't help but notice her condition.
She sat down under a sign that said, 'The Double Mint Twins are coming' and I grinned.
Then she moved and sat under a sign that said, 'Logan's Liniment will reduce the swelling,' and I had to smile.
Then she placed herself under a deodorant sign that said, 'William's Big Stick Did the Trick,' and I could hardly contain myself.
But, Your Honor, when she moved the fourth time and sat under a sign that said, 'Goodyear Rubber could have prevented this Accident!'
... I just lost it.'"
'CASE DISMISSED!!'
In a small town in Texas, the local madam operated a telephone service. The police finally arrested her and seized her big black book in which her talent was listed. Each officer on the force was assigned a group of the names in it and told to check them out. After a week, the Chief called a meeting to get their reports.
When it became the turn of Constable Ralph to tell what he had found, he said, "I'm sorry, Chief, but I think I should disqualify myself. One of the ladies on whom I called is an eighty-four-year-old woman. She is so charming that I have to tell you that I have fallen in love with her."
"Holy Moley!" exclaimed the Chief. "I'm sure surprised at you, Ralph. You've been a policeman almost all your life -- and here you are, falling for the oldest trick in the book!"
DEAR MADAM:
THANK YOU FOR YOUR RECENT ORDER FROM OUR SEX TOYS SHOP.

PLEASE SELECT ANOTHER ITEM BECAUSE THAT IS OUR FIRE EXTINGUISHER. 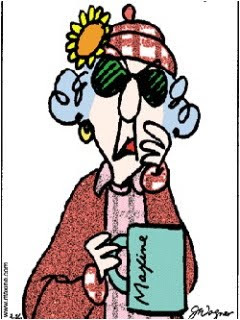 I really loved the one "oldest trick in the book."

Yep, that was a good one!