Sequels With No Equals 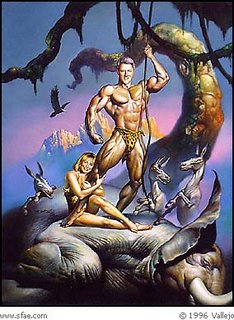 I was sitting around thinking about all the remakes and sequels that Hollywood releases these days. Has originality and creativity no place in film making any longer?

Do we really need another Tarzan movie? They couldn't do better than Bill and Hillary Clinton as the Apeman and Jane? This critic thinks someone went a little crazy with the air-brushing. Bill with that physique? Surely that is a cod piece! Those calves and ankles belong to Hillary? I think not.

At first, I wasn't sold on the idea of another Dumb and Dumber film, but then I saw who they have cast in the lead roles. We'd really have to

be "dumb and the dumbest" to think anyone else could ever do justice to these characters. Kudos to the studio for this coming film. This is type-casting at its best!
....For a trailer of this must-see funny picture, go to http://you-are-dumb-if-you-do.com.

Did anybody really want to see Butterbean and his friends again on the Silver Screen? This time the misfit kids are raising mayhem in a new sport. Only the Bad News Bears could give Soccer and Hooligans a bad name. There are laughs galore as these miscreant kids take to the field for International Cup play. It is especially fun 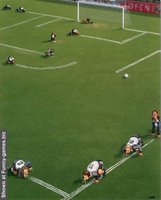 ny when they disrupt competition when they discover that the white lines on the field are not chalk but cocaine. Not only do they prove themselves winners on the field, but they manage to bust a multi-billion dollar drug cartel.

Fans of Monty Python, especially my friend Monty, will be excited to know they are coming out with a long-awaited sequel to the tale of the search for the Holy Grail. In t 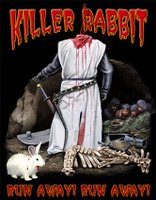 his chapter, appropriately titled "Revenge of the Killer Rabbits," the Knights are under siege from the bunny beasts. There are plenty of mere flesh wounds as Knight and hare do battle. By the way no Knights or rabbits were injured in any way during the production of this film.

I suppose there are some out there who actually enjoyed these characters the first time around, but do even they really want to see Romy and Michelle's 50th High School Reunion? I'll tell you what, when it is released

anyone who goes to see it can report back to me with a review.

This remake caught me completely off guard! Liz Taylor was rejected to reprise her role as Velvet Brown. In an industry-wide shock, the Queen of England will saddle up The Pie to take on the torturous jumps at the Grand National Steeple Chase. Will they discover she is not a male rider? For that matter will they be able to tell the difference? Rum 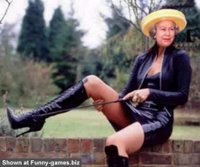 or has it that the Queen's riding outfit for the race sequences will become a fashion statement after the release of National Royal Velvet.

Do you like big women? You'd better prepare yourself for the Return of the 50 Foot Woman. With a bra big enough to park a pair of SUVs and a thong large enough to build a para-g 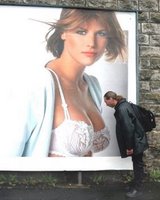 lider, the scorned babe destroys a men's sauna in attempt to find a man who can make her happy. Where is a Colossal Man when a woman needs one, Cheri ?

Yuck! Another creepy-crawly movie, and a remake yet! In Arachnophobia not only will we find these eight-legged creatures crawling over their victims, but this time around they seem to be especially interested in certain erogenous areas of the human body. In one intimate scene, a spider gives new meanin

g to coitus interruptus when the male lover tries to enter where it has taken up residence.
....You will squirm in your seat with your hands in your lap when you see the web these bugs spin.

A lot of you saw When Harry Met Sally, but how many know the rest of the story? This time around, you will learn How Harry Met Sally. Cut from the original film, the story centers around the day Harry first saw Sally in a way he didn't get to see her in the first film. Par

t sequel and part prequel, the film is sure to attract its original audience.
....Their relationship, as you can imagine, becomes strained when she learns about his little mirror escapade at the dealership. It is the classic boy-meets-girl, boy-loses-girl, and boy-tries-to-get girl-back movie. Free hand mirrors will be issued as a promotion to draw more men to the showings.

I don't know why, but someone felt it necessary to remake Waterworld. The fishman returns. Unable to sustain a living in the sea, our hero agrees t 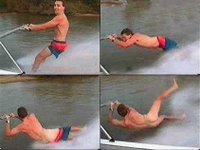 o star in a water show for the land dwellers. In one x-rated scene,attracted to one of women of the island, he performs a strip tease while while being towed at 50 miles per hour on skis. It is a reversal of the sport of angling, where it is the fish who throws its bait from the water to land. You'll have to go see the movie to see if she goes for the worm.

Finally, here comes yet another old television show to be remade for the big screen. More in keeping wi 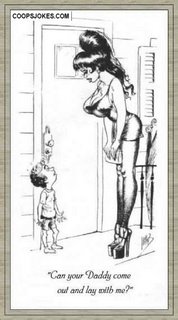 th the modern times and the mores of today, this version goes beyond the sophomoric TV series. The Courtship of Eddie's Father reminds us that kids today know a lot more than we care to acknowledge.
....When we witness Eddie's adept use of cam-corders and zoom lenses, I can only wonder why they didn't call this film The Education of Eddie. The parade of potential women for his father's affections resembles the cast of those Russ Myer films of the 60s.

That brings to a conclusion of my review of some of the summer blockbusters we can expect this year. Don't expect to find many of these films on next years list of Oscar nominations.

Okay, how many many of you clicked on that Dumb and Dumber link above?

No.526
Curmudgeon responsible for this post: Hale McKay at 2:41 AM

Can't wait for "The revenge of the killer rabbits" Mike, I didn't like the first "Dumb and Dumber" so won't bother with the remake.

I did NOT click the Dumb & Dumber link...but now I feel obligated. :)

Revenge of the Killer Rabbits, eh? There's one I can't wait to see. :D

Mikey,
You have entirely too much time on your hands. If you weren't married, I'd change that for ya!

I want to see Waterworld.

Mike...
I am so happy the Patriots are not in this year... I think that would have distracted you from these two very fun posts!!

No, I didn't click on it. I can't stand watching you and Dubya exchanging high fours.


Junie (who serves spiders in coffee!)

I clicked nothing. And YES, we need more tarzan movies!