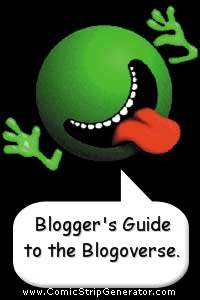 What are you doing with your life? Do you need an invitation? You already have one ... It's called a birth certificate!

I have no idea who authored the above or where that quote came from. It was written in red ink in one of my stenographer notebooks. Obviously I liked the quote enough to jot it down. It is the kind of question that would be asked of us by someone. I have opted to ask it of myself.

Indeed, what have I done with my life? Accepting the fact that there is more of it behind me than there is ahead, I can only consider the now and the morrow. Any milk that has been spilled in the past is now as dry as any of the tears that I might have cried.
As for me, life is not about what I have done, but moreso what have I left that is undone. Perhaps I should modify that quote a bit to: What am I going to do with the rest of my life? Do I need an invitation? I already have one... It's called a death certificate!

No, I'm by no means a fatalist. I do not believe in predestination! I have a firm grip on the reins. I choose which stars to sail by. When I get behind the wheel, it's my decision which fork in the road I take. As such, I have chosen the lighter side.

If I were to borrow from Douglas Adams, my Blogger's Guide To The Blogoverse would squirt the world in the eye with a clown's lapel flower. In my world, Albert Einstein's most important equation would not be about the theory of relativity. That theory would involve heavenly bodies of another sort.

....Mairzy dotes and dozy anecdotes ... The handful of readers who do stop by here, know that very lit 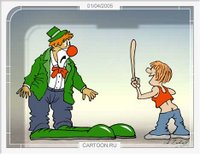 tle of what I commit to the screen is ever serious. There can be humor in a broken heart if you know where to look. Koko the Clown was shocked that the Elastic Woman rejected his advances.
....I liked this picture. In fact, I never met a picture I liked that I didn't like enough to steal.

I'm an animal lover. I know many of you out there are too.

Dog lovers, when your dog licks your face, have you ever thought about where his mouth might have been? Maybe we don't really want to know!

I wonder how many out there knew that Sam Walton's first store was not located in the United States. I 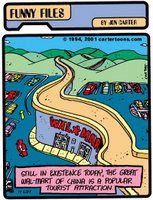 guess this little known fact puts a new spin on "Made In China."

It occurred to me that polygamy loves company!


Have you noticed that McDonalds no longer has those signs that say "____ Served?" (Insert rediculously large number in blank.) I am inclined to say that somebody must have lost count!
....While on the subject of Mickey Dees, isn't it interesting that while it has less carbohydrates, their Chicken Caesars Salad has more calories than two Big Macs? How does that toast your buns?

Have ever read a more divergent post than this one? If so, you must be new to my site.

If you haven't noticed by now, this Blog is not much of a guide. Well, it just might steer you from coming back another day. If so, I'd say it accomplished its purpose. Think of it this way, this Blog can be used as a model for "how to not write a Blog."

Anyway, thanks for dropping in. Y'all come back, ya hear?

No.568
Curmudgeon responsible for this post: Hale McKay at 1:57 AM

Hey Mike, I don't know what time it is in your world, (it's 9pm Sunday here) but it's workin' buddy, they're stayin' away in droves by the look of it.

Mike~ the *green* celebration continues over at my place now! Bring the green beer & come along...

This post is as good as many I read. We can't all be prize winners everyday, can we?

I don't know if I can stand the abuse, Mike. Maybe one more time...

I suspect that McDonalds has taken a considerable hit in their market share with all the notoriety and negative publicity currently surrounding their use of lard and other unhealthy additives in thier food. Like - no kidding - we knew those French Fries didn't stand up crisp on their own. Point blank - Mickey D's can't legitimately claim to decimate the market share of fast food any longer. They merely dominate. Oh well, it's still good to be the king, I guess. But I think that too will change!