Things That Make Me Go Aarrgh! 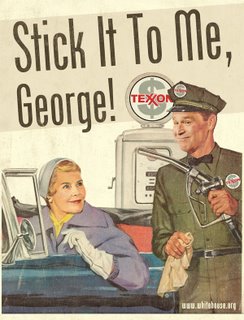 It seems like just about everything this past weekend made me go ... Aarrgh! I've probably used that epithet enough times lately, people might have thought I was a pirate! All that was missing was the parrot on my shoulder.
....That rebel yell came into prominence during the recent spate of rain that has been drowning the Northeast for the last several days. The carwash down the street hasn't been this slow since they were busted for employing "illegals" last year.
....There was some irony in that with all the rain, bottled waters were flying off the store shelves. Aarrgh! I have heard no complaints that every one of these products were almost double the price than before the rains started. Am I the only one who is wondering if they are owned by the oil companies?
....Aarrgh! It wasn't long after the ground was completely saturated, that the water began to perk up through the basement shower, sink and toilet. It wasn't much longer that a raging river was running across my basement floor. We were luckier than most of our neighbors because our sump pump was able to keep up with the invasive water.
....Aarrgh! Nonetheless, there was plenty of our junk possessions in the direct path of the flowing water as it coursed downhill from the bathroom to the sump hole. Aarrgh! I was moving stuff to a higher and drier spot in the basement when I stepped on something that underwater. It felt like a marble or a ball bearing and it was enough to cause me to lose my balance.
....Aarrgh! I fell backward and struck the back of my neck on the stairs. It hurt like hell and I saw stars! At the time, sitting in the streaming cold water, my pride was hurting more than my neck. I told my wife I was okay and completed the job of moving stuf out of the water's path.
....Aarrgh! Sunday morning when I woke up, I was a-hurtin' for certain! To make matters worse, I couldn't turn my head! Only by turning my shoulders could I look to either side. I had to turn a full ninety degrees to see behind me. After having a cup of coffee and performing the "Sh" triumverate, I gingerly made my way down stairs to see what was happening down there. It was still raining hard outside, so there was no reason to think that the flow of water might have abated from the bathroom.
....Popping pain killers like Reese's Pieces and resting seemed to help. The cold packs no doubt, were good also. It was fortunate that I happened to have five blogs sitting in limbo as drafts. I was able to tweak them a bit and as such was able to post something for Saturday, Sunday and Monday. Aarrgh! It was not easy trying to use the keyboard and to view the screen. I could only stand to sit in front of the computer for no more than fifteen minutes at a time. Finally today, Tuesday, I have regained most of the movement in my neck and can turn my head.
....I was obliged, because I wanted to, to work on a project for a special friend. Because of the pain and the limitations of my movements, I was unable to concentrate enough to give even a ten-percent effort. Sorry, doll. Even though I have e-mailed her that I had to renege, I felt compelled to announce it here also.
....Aarrgh! I had get gas this morning. They were changing the pump prices just as I pulled into the station. Aarrgh! It has finally happened! The regular unleaded has topped $3 a gallon! Aarrgh! Six days ago it was $2.82! A half a tank of gas came to $27! Aarrgh!
....From there I had to run into the supermarket for a few things. If I heard it once, I heard a P.A. announcement a half dozen times while I was in the store: "Attention Shoppers ..." ..."Produce department, pick up line 3..." ..."Would the owner of a blue ford ... your lights are on..." ..."and as always, thank you for shopping at..."
....Aarrgh! P.A. systems! Did you know that "P.A." is the acronym for "Pain in the Ass?"

Things you wouldn't want to hear over a Public Address system:
In a grocery store: "Attention shoppers. This week's special: All broken eggs are free."
In a hospital: "Doctor Fine, Doctor Fine and Doctor Howard to ER - stat!"
Also in a hospital: "Is there a doctor in the house?"
On an airplane: "Passengers, please please lean forward and put your head between your knees..."
While driving your car: "This is the police! Pull over!"
At school: "(Your Name) report to the Principal's office immediately!"

No.631
Curmudgeon responsible for this post: Hale McKay at 12:24 AM

Bad luck Mike, did you find all your marbles?

Hope things are looking up. ((hugs))

Hope you get to feeling much better quick-like, Pointmeister.

Sorry to hear that you've been having a rough couple of days. This rain sucks, doesn't it?

Gas in my neck of the woods has been pretty steady at $2.93-$2.95 it seems. There's only one station that is charging $3.25. I can't imagine paying that much!!! Price gouging is obnoxious.

Hope you enjoyed the sun today - it's dissapearing again for the rest of the week... :(

I hope by now you're feeling much better, sweetie-pie! :)

Plus now you can make it up to me by helping me with the NEW task. :) *snicker*

I'm just kiddin'! You don't have to help. Just feel all better. *hug*