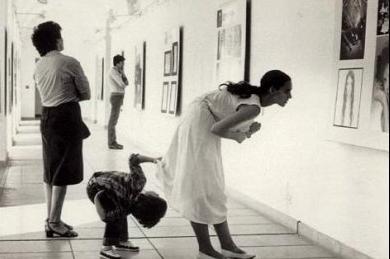 A man walks into a drug store with his 9-year old son. Their path finds them walking by the condom display, and the boy asks: "What are these, Dad?" To which the man matter-of-factly replies: "Those are called condoms, son. Men use them to have safe sex."
...."Oh I see.", replied the boys pensively. "Yes, I've heard of that in health class at school." He looks over the display and picks up a package of 3 and asks, "Why are there 3 in this package?" The dad replies: "Those are for high-school boys. One for Friday, one for Saturday, and one for Sunday." "Cool!" says the boy.
....He notices a 6-pack and asks "Then who are these for?" "Those are for college men," the dad answers. "TWO for Friday, TWO for Saturday, and TWO for Sunday."
...."WOW!" exclaimed the boy; "Then who uses THESE?" he asks, picking up a 12-pack. With a sigh, the dad replied, "Those are for married men. One for January, one for February, one for March, one for.." 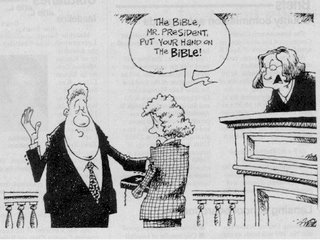 That nine-year-old boy just happened to grow up to become President of the United States of America one day. While he did maintain appreciation for fine art, it is unfortunate that his father never told him the proper way to use a cigar.

Maybe another father should have taught his son better ways to make a point. Obviously there wasn't much of a legacy left behind for his son to have a chance to succeed in the White House.

When parents set a bad example by being poor role models, the end result is that square pegs are squeezed into the Oval Offices.

One can only wonder who the next square peg will be. Chances are that he will probably come from the Democratic Party. Bush's awful approval ratings can only hurt the GOP. Presidential elections are merely the process whereby the American people elect the lesser of the two evils. It's a lot of fun being an Independent! 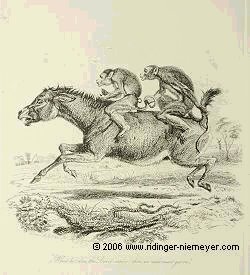 I am reminded of a scene near the end of the movie, Grease, where Eve Arden as the principal tells the graduation class that among them might be the next Richard Nixon.... That's right, a future President might be sitting in a classroom full of punkers or rappers ... or ...

File this under: Perish the Thought.

No.671
Curmudgeon responsible for this post: Hale McKay at 10:20 PM

The condom joke was actually quite funny.

I hear they're debating the flag burning amending again. Because, you know, that's a hug problem.

Anything to rally the base, right?

Well done. Love the answer to the married men. *sigh*

So much for the old mandate....

Hey.... just popping in to say I really enjoyed reading archives of your blog.

My husband is a Navy man, and so is my lover. Yes, I am quite fond of seamen. Pun most certainly intended!

I found you through Cheri's blog. I'll be back.

The condom joke was funny... Should I get a college guy on the side?