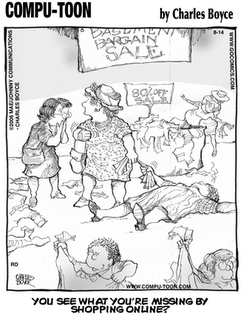 In and around Boston, particularly in Dorchester, some scenes for a new movie have been recently shot.

Those of you familiar with the works of Dennis Lehane will recognize that the title of this Blog shares the name of his recent best seller. Lehane is also the author of Mystic River , which earned an Oscar for actor/director Clint Eastwood.

Whether Ben Affleck's directorial debut can earn him the same honors as Eastwood remains to be seen. Casting his brother Casey, however, as one of two working class detectives who are hired to find a missing child, might be another bad decision on Ben's part. (Can you say Gigli?)
....Casey needs to show a lot more talent than what he exhibited in those PETA commercials. If looking and sounding stupid qualifies one as an actor, then and only then will Casey pull off this role. (Nepotism should be outlawed.)
....I am no film critic, and will not attempt to review a movie that is in only its early stages of development. So enough about the film, already.

This post is about the props which were used in those scenes that have been filmed so far. Some of those props can now be found in my house! That's right, we are the proud owners of some honest-to-goodness movie memorabilia.
....Last weekend my wife spotted a notice on Craigs List. At an ice skating rink, which is closed for the season, they were giving away on a first-come basis, props that had been used in the filming of Gone, Baby, Gone. All you had to do was to show up and haul the stuff away.
....As fast as you can say "I'm of to a skating rink for some free stuff," my wife and daughter were on the road. Sitting in my Lazy Boy watching a baseball game, I was still scratching my head in puzzlement when they had arrived at the scene. The skating rink was in the next town over from our town.

When they had returned with their booty, it took the three of us three trips each to bring it all into the house. I tell you, it was like Christmas as they tore through the bags and boxes to show of their treasures. All the while my wife was bemoaning the fact that she hadn't been on the computer earlier that morning. She claimed that the "Flea Market" people had gotten all the good stuff.
....I laughed as she described the mayhem that was happening at that rink. She said it was just like being in a Filene's Bargain Basement during an 80% off clearance sale. People were literally kicking and gouging one another to get at the many objects up for grabs.

The inventory they brought home included: two bronze table lamps* with matching shades; a large sofa cover; nine windows worth of curtains and drapes; two full-size bed spreads; two comforters which matched a set of the drapes; two sets of sheets and pillow cases still in the packages; a sugar bowl and creamer with matching salt and pepper shakers; two table cloths; two sets of place mats and a matching table runner; and quite a few more items that I cannot remember at the moment.

I don't know when the movie is scheduled for release, but I doubt that we'll be seeing it in the theater. However, I will rent the DVD a few months later. It will be interesting and kind of cool to watch the movie and try to spot our lamps, sofa cover, and curtain and drapes that will be present in our living room.
....Who knows? Maybe some of this stuff will be worth something someday. Of course, that will depend on the success of the movie both at the box office and in the opinions of the critics. Oscar consideration would be nice, wouldn't it?

* (By the way, both of the lamps had broken switches. I replaced them with new three-way switches. Hmm, I wonder if they were working and used in the movie?)

No.724
Curmudgeon responsible for this post: Hale McKay at 9:13 PM

Sorry about that,folks. I forgot to enable the comments.

Oh how I love the crowds at the malls, fighting for parking spots, the pushing and shoving. Yep, can't beat those.

What a hoot Mike , we'll hope for at least an Oscar nomination.