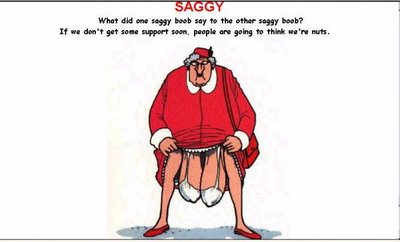 I don't know if it's my magnetic personality, but I seem to attract some extraordinary people in my travels. I doubt that it is my Stetson aftershave. I have checked the backs of my shirts and jackets before donning them and there are no targets.

Today I had to run an errand into downtown Boston, and rather than drive I chose to take public transportation. I haven't ridden on a bus or taken the subway in quite a few years. I had forgotten how much of a hassel it can be.

The commute into Bean Town from my house consists of a bus ride for four and a half miles before switching to a train for the remaining three miles. Under ideal conditions, this trek usually only takes about twenty to thirty minutes. That is to say, under ideal conditions.

My timing wasn't impeccable however, and I had a twenty minute wait before the bus was due. I hadn't been sitting on the bench long when I saw an elderly lady approaching. I guessed she was probably in her late sixties or early seventies. One thing was immediately certain, this lady wasn't on her way to anyplace with any semblance of a dress code. I'd describe her appearance as early bag lady, circa 1965.

She was ... slovenly, just to be kind. I'd say that she was at least two weeks on either side of her monthly bath. She was wearing a pair of black pants that came to just below her knees. Above an exposed wrinkled stomach she had on a lime green sweatshirt turned inside out. The sleeves had been cut off at the shoulders and into a deep vee on the sides. Do people, excepting this woman, really still wear inside out sweatshirts?

When she sat down, a large breast slipped out from beneath the sweatshirt. If you have ever seen a lava lamp, then you can imagine this mass of flesh oozing slowly and almost without form down her torso. It was not a pretty sight! Yet, I was momentarily transfixed on the spectacle. Hey, I'll admit to being a breast man, but I am no fanatic, especially at that moment. I turned my head post haste!

She lit up one of those little cigars that look like cigarettes. I glanced at her as drew in a drag. She nodded and extended the pack toward me and asked, "Would you like one?"
....I shook my head, "No, thank you."
....She must have noticed just then how exposed she was, because she began to pull at her sweatshirt. "Damned tit," she blurted out suddenly. Looking me in the face she said, "The f**king thing has a mind of its own!"
....She didn't know me from Adam, so she couldn't possibly have known that I would take the ball and run with it. "It must be heading South for the winter, huh?" I said. Hey, when someone gives me an opening like that, I take it.
....She broke into a hearty guffaw. "Ain't that the truth!" She then lifted the breast from her body and added, "This tittie has been going south for the better part of forty years, son." She then patted a flattened area of her chest and said, "The other one used to follow this one. Damned doctors lopped it off - said I had cancer."
....I felt bad for my joke of moments earlier. "Oh, I'm so sorry," I muttered.
....She just waved her hand to dismiss my appology. She was still holding it in her other hand. I couldn't help it, but I was reminded of pizza dough. It seemed to be trying to flow over and between her fingers. I think it'll be a few days before I feel like having pizza again!

Mercifully, the bus appeared down the street. She took her place near the middle of the bus. I grabbed a single seat near the front. The rest of my commute went without any incident of note. It was a quiet trip the rest of the way into town and I began to remember just why I don't miss public transportation!
....By the time I had changed over to the train, I had already come up with a working title for a post that I knew would be forthcoming. Yes, I stole the idea from the movie, Das Boot (The Boat). If the boob shifts ... er, if the boot fits ...

No.758
Curmudgeon responsible for this post: Hale McKay at 11:19 PM

Tit cried the queen, and all the queens ladies tittered.
A single breast with a mind of it's own!!!

Suddenly, I don't feel so bad about my boobs.

I guess that's what underwire bras can do for a woman...although my mother can't understand why I wear them. But then again, her boobs are naturally perky, even for age 65, and WHY THE HELL AM I WRITING ABOUT THIS?

That's EXACTLY what mine do...except I'm not 60 yet

Is that my mother-in-law in that cartoon?

Such a timely post. October is Breast Cancer Awareness Month. The Boobiethon starts Sunday. I've sent my pics in, have you? They are welcoming males, ya know!

Why is it that the gals who wear stuff like that are not usually the ones you'd want to see? Like at a topless beach...The girls there are rarely easy on the eyes...

My motto has always been Avoid mass transit whenever possible. Your story has not served to sway my position.

LOL...Okay just when I write on my blog how the most bizarre things happen to me...Mike, I take it back. You win hands (or boobs) down! The story was hysterical (and my biggest boob nightmare) but then for her only to tell you she has one!! LOL

Thanks Mike for the boob (shudder) story. Your right I don't think I could look at another "raw" pizza again, or at least for not a while at least.