I received the following in an e-mail from my sister in Huntington, WV.


Something Went Wrong in Jet Crash, Expert Says
[No, really?]

Panda Mating Fails; Veterinarian Takes Over
[What a guy!! ]

Juvenile Court to Try Shooting Defendant
[See if that works any better than a fair trial!]

War Dims Hope for Peace
[I can see where it might have that effect!]

If Strike Isn't Settled Quickly, It May Last Awhile
[You think?]

Cold Wave Linked to Temperatures
[Who would have thought!]

Enfield (London) Couple Slain; Police Suspect Homicide
[They may be on to something!] Are these the same police who suspected homicide when the guy was found in a trash bag in the trunk of an abandon car in KC ?

Man Struck By Lightning: Faces Battery Charge
[He probably IS the battery charge!]

Astronaut Takes Blame for Gas in Spacecraft
[That's what he gets for eating those beans!]

Local High School Dropouts Cut In Half
[Chainsaw Massacre all over again!]

Hospitals are Sued by 7 Foot Doctors
[Boy, are they tall!]

Typhoon Rips Through Cemetery; Hundreds Dead
[What a way to die ... again!]


(And this I received from my brother-in-law...)

Try not to send this to anyone it might offend. :)

If you should find it too offensive,
please advise, and I will remove your name
promptly from these type of emails! 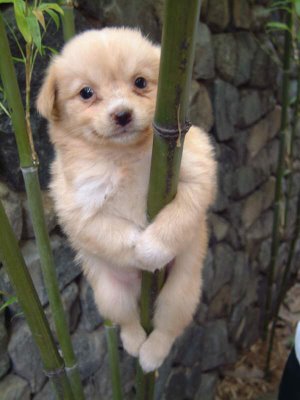 Sorry to disappoint you!

Curmudgeon responsible for this post: Hale McKay at 7:45 PM

I enjoyed your editorial comments. It makes you wonder sometime whenever you see those things.

Saw the blonde pole dancer in an email recently. It was too risque for me to pass on. Yeah, I was hoping for the latter, but what can you expect from an old MCP. lol

Congratulations. At last someone knows how to spell the duct in duct tape. (I know, Duck Tape is a commercial use.) lol

I enjoyed reading this!

Liked the little blond pole dancer too!
I'm talking about the first one! :)

I'm a little undecided about the pole dancer re:which one is better or preferrable...

I enjoy finding some of those headlines myself. I may now look to creating a list of my own, thanks for the idea... I think.... crap, another idea that I just don't have time for...

Hope yer having a great one

Thanks honey pie, I totally needed a laugh today. :)

Headline writers often don't proofread. Our local papers have funny stuff like that all the time, and NOT intentionally! The "miners refuse to work after death" reminds me of a recent story here in coal country... mines can't be inspected, because the inspector's air masks are not up to safety standards.

Yeah, skip finding out whether the MINE is safe!

Love the headlines, especially running down the jaywalkers.

Hi Mike, love the headlines and comments AND the last pole dancer.