Not at Any Price! 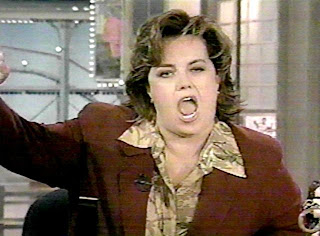 Hogzilla wants to host "The Price is Right!"

Yes, the acerbic Rosie O'Donnell is looking behind TV Career Door No.3 to become the next host of the long running game show. Is America ready for a loud-mouthed opinionated, self-serving activist to host the family friendly game show that has been on the air for 35 successful years? I think not - not at any price!

Tragically the recently retired former host, Bob Barker has endorsed O'Donnell as his replacement. (I was not aware that Mr. Barker was suffering from an advanced state of Alzheimers.) Perhaps Rosie reminds him of some of the comical contestants who have appeared on his stage for three and a half decades. 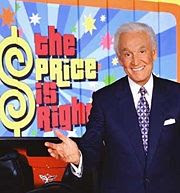 Let's see, Hogzilla failed with her own talk show and she almost single handedly destroyed what little credibility "The View" had been maintaining before her arrival. A well publicized heated exchange between O'Donnell and Elizabeth Hasselbeck led her to demand an early departure from the program. The truth of the matter is that she was on thin ice as it was after her now famous war of insults with Donald Trump. (For the record she left on her own before the network kicked her fat ass off the program!)

Is that the baggage the audience would want to see her bringing to "The Price is Right?" I think not - not at any price! Can you imagine Rosie trying to keep her eyes in her head when she gets a gander at Barker's Beauties as they showcase the prizes? Do you think "Mrs. Rosie" will have to keep an eye on her chubby betrothed?

Face it, Rosie O'Donnell's act is a tired one. If she is the best choice that the producers can find, then the audience would be better served if the program folded up its tents and closed down forever!

The irony is not lost on me that the networks are all scrambling to find a vehicle for her in time for the start of the fall season. Perhaps out of morbid curiosity or ...(gasp)...there are actually viewers who like her, but Rosie has managed to produce favorable ratings. In spite of her numbers however, when sponsors begin cancelling their commercials because of her controversial and often idiotic remarks, the producers are left with no choice but to swing away with their well-aimed wing tips.

In the end, I predict that the executives will come to the one and only correct decision - not at any price!

My wife and I were discussing this very topic over the weekend. She chided me for making fun of Rosie's weight saying, "She probably can't help it. She's big-boned!"

I know, I am being insensitive on the weight issue. I'm sorry about that. Sometimes rather than attacking someone's persuasions or politics, it's easier to pick on their appearance.

Besides, she's like a lot of women out there. She too puts on her bra - one leg at a time!

Damn, you mean I can't use the "big boned" excuse any more with you?
And I put my bra on one crane at a time.

Good grief if they allow Rosie O'Donnell to host "The Price is Right" the game show will have a very slow and painful death.

I could live the rest of my days peacefully with out hearing about her or A**Hilton again.

Rats. I never watched the Price Is Right. Now how can I not watch it twice as much, which is what I'm aimin' to do.

Well, the price WAS right...guess now I'll wait for it to go to the discount bin.

We are blessed that we don't get to see much of Rosie here in Oz, but two things are clear, there is much of her to see, and the bit we see is more than enough