(I can't walk or stand on my right leg. When I do attempt to do so, the pain is just awful. This is a recurrence, I think of the cellulitis that I had back in November. The last time I waited almost a week before I went to the doctor. NOT this time. I woke up Saturday morning and when I tried to get out of bed, the pain shot through me. I'll have to suffer through it for the weekend and then see the doctor on Monday. I seem to be also running a temperature as I'm going through bouts of chills and then sweating. For my Saturday and Sunday posts I'm not going to try to be creative. This post is a few jokes.) 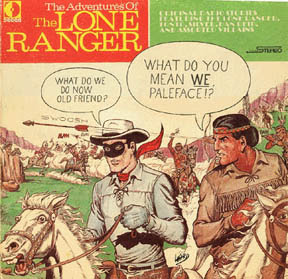 WHAT PART OF YOUR BODY GOES TO HEAVEN FIRST?

The nun teaching Sunday School was speaking to her class one morning and she asked the question, 'When you die and go to Heaven...which part of your body goes first?'

Suzy raised her hand and said, 'I think it's your hands.'

'Why do you think it's your hands, Suzy?' Suzy replied, 'Because when you pray, you hold your hands together in front of you and God just takes your hands first.'

'What a wonderful answer!' the nun said.

Little Johnny raised his hand and said, 'Sister, I think it's your feet.'

The nun looked at him with the strangest look on her face. 'Now, Little Johnny, why do you think it would be your feet?'

Little Johnny said, 'Well, I walked into Mommy and Daddy's bedroom the other night Mommy had her legs straight up in the air and she was saying, Oh ! God, I'm coming!' If Dad hadn't pinned her down, we'd have lost her.'

The young dude in the Old West wanted to be the fastest gunfighter alive.

Sitting in a saloon one night, he spotted an old graybeard who had the reputation of having been the greatest gunslinger of his day. The kid went up to the old man and told him of his dream. The ancient legend looked him up and down and said, "I got a suggestion that's sure to help."

"Tell me, Tell me!" said the young dude.

"Tie the bottom of your holster lower down on your leg."

The kid did as he was told, drew his gun, and neatly shot the bow tie off the piano player. "Wow, that really helped! Got any more suggestions?"

"Yeah - If'n you cut a notch in the top of your holster where the hammer hits, the gun'll slide out a lot smoother."

The dude did as he was told, then drew his gun, and lightning quick, shot a cufflink off the piano player. "This is really helping me out! Is there anything else you can share with me?"

"One more thing," said the old timer. "Get that can of axle grease over there in the corner and rub it all over your gun."

The fellow didn't hesitate and immediately started smearing the grease on the gun barrel.

"No, no, the whole gun," said the graybeard. "Handle and everything."

"Not likely, boy. But when Wyatt Earp gets done playing that bar piano, he's gonna shove that gun up your ass and this way it won't hurt so much."

This is for all the Italians out there, and those who are lucky enough to be married to an Italian, and even to all the friends of Italians.

An elderly Italian man lay dying in his bed. While suffering the agonies of impending death, he suddenly smelled the aroma of his favorite Italian anisette sprinkle cookies wafting up the stairs. Gathering his remaining strength, he lifted himself from the bed. Leaning against the wall, he slowly made his way out of the bedroom, and with even greater effort, gripping the railing with both hands he crawled downstairs.

With labored breath, he leaned against the door frame, gazing into the kitchen. Were if not for death's agony, he would have thought himself already in heaven. For there, spread out upon waxed paper on the kitchen table were literally hundreds of his favorite anisette sprinkled cookies. Was it heaven? Or was it one final act of heroic love from his devoted Italian wife of sixty years, seeing to it that he left this world a happy man?

Mustering one great final effort, he threw himself towards the table, landing on his knees in a crumpled posture. His parched lips parted, the wondrous taste of the cookie was already in his mouth, seemingly bringing him back to life. The aged and withered hand trembled on its way to a cookie at the edge of the table, when it was suddenly smacked with a spatula by his wife...........

'Get out of here!' she shouted, 'They're for the funeral.'

No.1255
Curmudgeon responsible for this post: Hale McKay at 7:04 PM

You may be pinned down, but you're still plenty funny.

Them ole gunfighters sure have great advice. snerx