One Day At the Beach 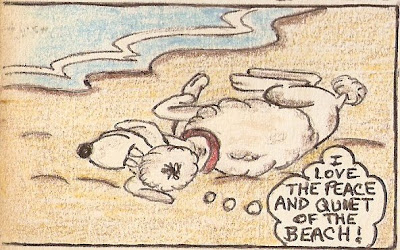 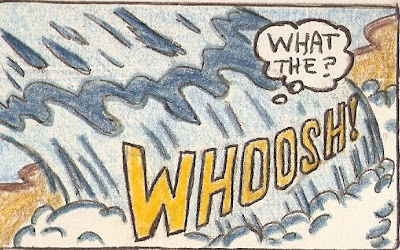 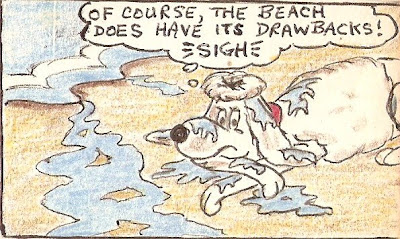 I thought when I first saw McCain and Obama in a photo together that they reminded me of someone. A duo, some comedy team, perhaps? 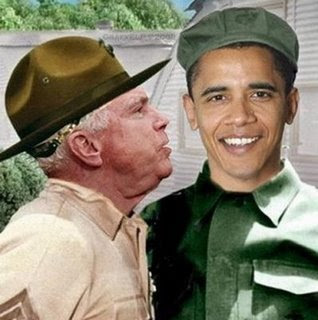 Sgt. McCain: What the hell? Why are you dancing, Pyle?
Pfc Obomer: Well gaw-oll-y, Sgt. McCain. You told me to get down.

Sgt. McCain: Pyle! Why are you not saluting the flag?
Pfc Obomer: I'm a fence sitter, Sarge. I don't take sides.

Sgt. McCain: You're defending your country, Pyle. You have to take a side!
Pfc Obomer: Then I'll take a side of fries.

Sgt. McCain: Private, if I kick you out of the Marines, what would you do?
Pfc Obomer: Shazam, shazam! I'll become a lawyer!

Sgt. McCain: Pyle, you idiot. Even a lawyer has to take sides.
Pfc Obomer: No, Sarge. I'll just settle out of court.

No.1463
Curmudgeon responsible for this post: Hale McKay at 7:42 PM

I was a huge Gomer Pyle fan growing up. Great parody.

Thanks. Sgt. Carter was my favorite character on that program. You almost felt sorry for him having to deal with that rube.

Most ignorant waste of time I've read on a message board.

Undoubtedly created by some ignorant, in-bred tool incapable of intelligent thought . . and most likely a teabagging McCain-Palin supporter.

bowdown you are just plain rude. i can only imagine who your master might be. you are the ignorant one.