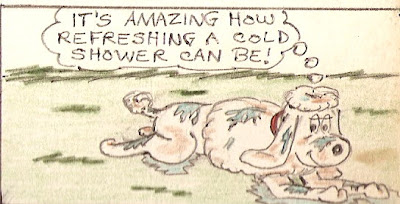 One Giant Step For Dogkind 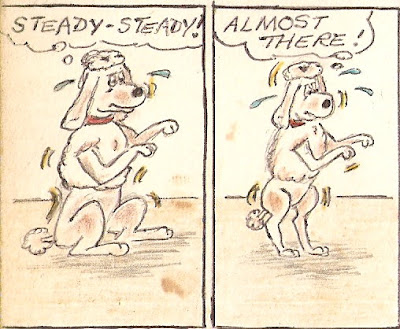 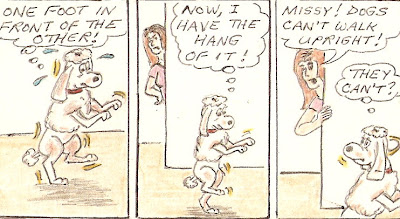 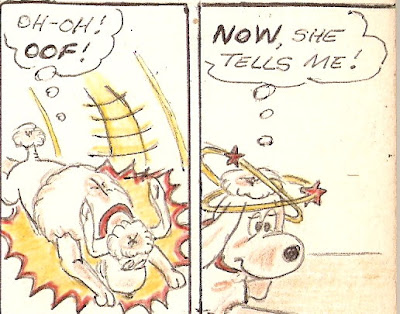 I liked the following joke I found over at Mushy's, and I liked it enough to "harvest" it for today's post.

There once was an Indian who had only one testicle and whose
given name was 'Onestone'. He hated that name and
asked everyone not to call him Onestone.

After years and years of torment, Onestone finally cracked
and said,' If anyone calls me Onestone again I will kill them!'

The word got around and nobody called him that any more.

He jumped up, grabbed her and took her deep into the forest

The word got around that Onestone meant what he promised he would do.

A woman named Yellow Bird returned to the village after being away.

was overjoyed when she saw Onestone.

She hugged him and said, 'Good to see you, Onestone.'

her all the next night, but Yellow Bird wouldn't die!

You're going to love this!!! 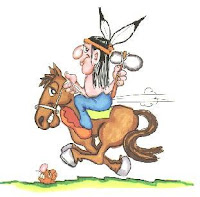 You can't kill Two Birds
with OneStone!
No.1506
Curmudgeon responsible for this post: Hale McKay at 9:40 PM

GROAN! I didn't expect that, but I should have. LOL

That was unexpected. Loved it.

The same happened to me when I first read it - I wasn't expecting a "groaner" pun.

Thanks for the visit. Glad you liked the 'unexpected' too.