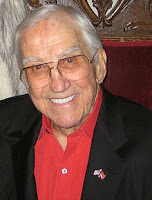 First we were saddened by the passing of the world's most famous sidekick:

He performed in commercials, most notably for Budweiser.

Above all, he was most famous as the announcer for over thirty years ('62-'92) for Johnny Carson on the late night "The Tonight Show," with his booming "Heeeeeeeeeeeeeeere's Johnny!"

Next we were to lose an angel, one of the original "Charlie's Angels:"

Her iconic picture at the right was the 1976 poster that sold between 5 million and 12 million copies. It would adorn the wall of many a young male during the height of her popularity.

To many she will be best remembered as Jill Munroe, starring along side Jacquelin Smith and Kate Jackson as one of Charlie's Angels. The unseen Charlie was voiced by William Forsythe.

Once married to Lee Majors and later wed to Ryan O'Neal, Fawcett had for the most part a less than stellar acting career after she left the "Angels." She did receive critical acclaim in 1986 for her film role in "Extremities." She gave a dramatic and shocking performance on the small screen in the 1984 TV production, "The Burning Bed."

My personal first memory of Farrah Fawcett was from an early TV commercial she shot with former NFL quarterback Joe Namath. The spot was for Noxema and featured the catch phrase, "Let Creamy cream ya." 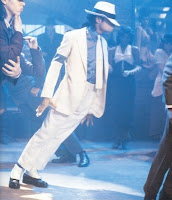 Finally, we were shocked to hear that the self-proclaimed "King of Pop" was dead.

What can I say about "Jacko" that hasn't already been said in the last 72 hours since his death? You needn't go any farther than the Internet, television or even the radio, to be deluged with coverage and homage to this musical icon.

All over the world there is a feeding and buying frenzy of everything that is Michael Jackson. Within hours of the announcement of his passing anything pertaining to him that could be bought - was gone.

I will not attempt to post anything biographical concerning his life. All one has to do is to type his name on a browser line and everything, and I mean everything one would want to know about him will be there before your eyes.

I will, however, make one observation about the circumstances surrounding his death.

He had a personal physician who lived and traveled with him. The doctor freely dispensed drugs and pain killers to Jackson. This is not an uncommon practice, as the same was true with other notable celebrities when they died. Notable among these were:

In each instance these doctors have had questionable past records. It seems to me than any time a celebrity hires a personal doctor for his or her exclusive treatment there is cause to worry about the welfare, health and fate of said individual.

I was about to close this post when my wife called out to me from the next room where she was watching the news. It seems that this time around, death has come in fours. Another celebrity was dead! 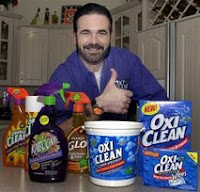 Love them or hate them, but infomercial pitchmen are celebrities too!

Billy Mays, known for pitching a number of products from Oxi Clean to the Awesome Auger, was pronounced dead in his Odessa, Florida home at 7:45 AM by a local fire rescue crew after his wife found him unresponsive.

While it is unclear if related to his death, Mays had been aboard a June 27th US Airways flight which experienced a rough landing when the plane's front tires blew out. The jolt of the landing caused loose objects in the cabin to strike some of the passengers. Mays himself was reportedly struck in the head by some of the objects.


I'm closing the post with haste, lest I learn of number five !

I awoke this morning, Monday, to in fact learn of the fifth celebrity death.

Her big screen career was less than stellar, but she received acclaim for her roles opposite Jackie Cooper in 1943's "Where Are Your Children," and with Don DeFore in the 1947 film "It Happened on Fifth Avenue."

She was also a successful recording artist for the Dot Records label. In 1956, she earned a Gold Record for her hit, "I Hear You Knockin'," which was followed in the same year by "Teenage Prayer." Among her pop hits were "Tell Me Why" and "Dark Moon."

I'm very very sorry to learn about the passing away of all of these great people. All of them died young in my opinion, after giving so much to the world. May their souls now rest in eternal peace.

Thanks for stopping my blog and your kind words about my brother's health. All the best to your three kitties :)

It's been quite a week indeed. Okay, a few days in fact. Some are a surprise and some are not.

We were just talking at work about all the passings in such a short time. nice post.

While some get far more attention than the others, they will all be missed.

While it was a shocker, I was not surprised by MJ's passing. I always thought that he, like a a lot of "super"stars before him, would meet a tragic death.

I can't recall so many celebrities all dying in such a short amount of time. We hardly had time to digest he news of one when another was announced.

Hi, I was just thinking about how it's been almost five years since this great celebrity death streak. I was planning to do something on my blog about all this so I was Googling stuff on that and came across your blog. A lot of people don't know that Michael Jackson and the Oxi Clean guy were the same age. And Gale Storm was ignored by most Internet sites such as Twitter, as was comedian/impressionist/cartoon voice Fred Travalena who also died during that time. I still have the San Francisco Chronicle obits on Mays and Storm from June 29, 2009. It seems hard to believe it's now been five years.