"There is now a $5 million dollar bounty on Osama bin Laden. Which marks the first time in history there has ever been a bounty on a guy's head who wears Bounty on his head." - Jay Leno

So, our government wants to end the war on terrorism?
(Might I make a suggestion?) 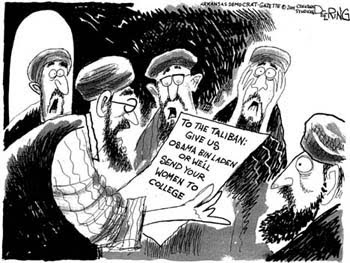 Divorce: Muslim Style
Mohammed heard one of his wives was leaving him, so he rushed home where he found her on the carpet in front of the tent with her belongings; he sat beside her and said, “I heard you were planning to leave me?”

She replied, “Yes, I heard your other wives saying you were a pedophile!”

Mohammed thinks for a minute or so and then responds, “that's a mighty big word for a 6 year old." Meenah & Neenah
Two moslem sisters, Meenah and Neenah, have just arrived in the USA. On arrival they spot a hot dog vendor. Meenah says to Neenah, “Look, people in this country eat dogs.”

“Odd!” says Neenah, “but if we shall live in America, we might as well do as the Americans do.”

Nodding, they walk towards the hot dog vendor.

The vendor wraps two hot dogs and hands them over the counter. Excited, the sisters hurry over to a bench and begin to unwrap their ‘dogs’. Meenah is the first to open hers. She stares at it for a moment and begins to blush with joy. Then she leans over to Neenah and whispers cautiously, “What part did you get?” 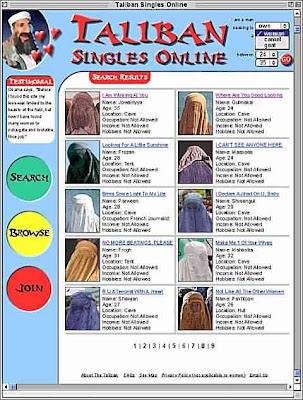 After his death, Osama bin Laden was allowed a short visit Heaven.

There he was greeted by George Washington, who proceeded to slap him across the face and yell at him, "How dare you try to destroy the nation I helped conceive!"

Patrick Henry approached and punched Osama in the nose and shouted, "You wanted to end our liberties but you failed."

James Madison entered, kicked Osama in the groin and said, "This is why I allowed our government to provide for the common defense!"

Thomas Jefferson came in and proceeded to beat Osama many times with a long cane and said, "It was evil men like you that provided me the inspiration to pen the Declaration of Independence!".

These beatings and thrashings continued as John Rudolph, James Monroe and 66 other early Americans came in and unleashed their anger on the Muslim terrorist leader.

As Osama lay bleeding and writhing in unbearable pain an Angel appeared.

Bin Laden wept in pain and said to the Angel, "This is not what you promised me."

The Angel replied, "I told you there would be 72 Virginians waiting for you in Heaven. What did you think I said?" 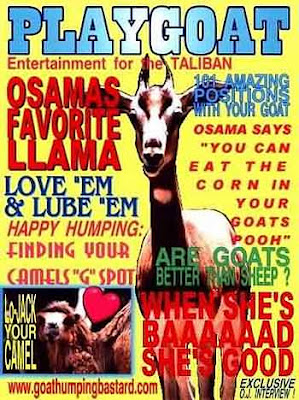 Some Riddles
Q: How is Bin Laden like Fred Flintstone?

A: Both look out their windows and see Rubble.

Q: What is the Taliban's national bird?

Q: How do you play Taliban bingo?

Q: Why does the Afghanistan Navy have glass bottom boats?

A: So they can see their Air Force.

Q: What do Osama Bin Laden and General Custer have in common?

A: They both want to know where those Tomahawks are coming from!

and last but not least...

Q: Why aren't there any Wal-Marts in Afghanistan?

A: Because there's a Target on every corner!

Taliban Renamed Towns ...
Now that American B-52's are reorganizing Afghanistan's landscape, US intelligence has discovered that the Taliban have renamed some of their towns to confuse us.

These new names include: 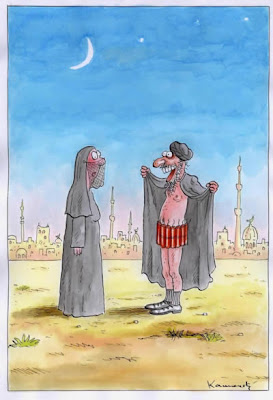 The Taliban commander quickly sends 10 of his best soldiers over the dune whereupon a gun-battle breaks out and continues for a few minutes, then silence.

The voice then calls out "One Texan is better than one hundred Taliban".

Furious, the Taliban commander sends his next best 100 troops over the dune and instantly a huge gunfight commences. After 10 minutes of battle, again silence.

The Texan voice calls out again "One Texan is better than one thousand Taliban".

The enraged Taliban Commander musters one thousand fighters and sends them across the dune. Cannon, rocket and machine gun fire ring out as a huge battle is fought. Then silence.

Eventually one wounded Taliban fighter crawls back over the dune and with his dying words tells his commander, "Don't send any more men, its a trap. There's actually two of them."

Great lists,as you know Inmatation is the sincerest form of flattery,so this will be seen in the near future on my site as well.with my thanks to you and a link back as well.