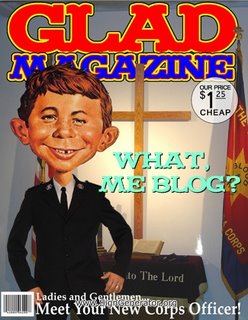 What GOOGLE™ gives, GOOGLE™ taketh away!

Hey Blogroll buddies, are you aware that your URLs don't exist? That's what GOOGLE™ was telling me. Who am I to question GOOGLE™?

Let's see, I still cannot add anymore pictures or URLs to my sidebar. Lest I make an "ass of you and me," I will not assume that the problem is being worked on by the Blogger™ Gods. I will take a leap of faith, however, that there are others who are experiencing this same problem.

Eventually, everyone will be using the new Beta Blogger. Presumably all the bugs will be worked out by then. I guess that makes those of who have already taken the plunge, sacrificial lambs!

On the subject of non-existent Blogs: from another computer I tried to visit my site and was promptly "told" that that URL could not be found. It's alarming to say the least, to discover that your hard work was for naught.

I have a theory about what is happening. No, it's not UFOs, Big Foot, or the Loch Ness Monster. It has nothing to do with global warming or holes in the Ozone Layer. No terrorist group is responsible.

We need look no farther than 1600 Pennsylvania Avenue. That's right, it starts at the top! Unless you have been on a deserted isle or in a coma, you must be aware that there are many political jobs up for grabs between now and November of 2008. Whether it be the local yokels running for mayorial seats or governorships, or the rich elite with their own agendas vying for the Senate or Congress, the countless political signs and rhetoric will be soon littering and polluting our senses.

It won't be long before Dubya himself is out there touting the virtues of some clone of himself to take his place. Instead of trying to clean up the mess he has made of the world, he'll be out there sweeping it under the rug. While he was concentrating on imaginary WMDs, he paid little attention to the developing nuclear capabilities of Korea and Iran.

Of course, he paid no attention to them largely in part because he could not even pronounce nuclear. As far as he was concerned, the war on terrorism began and will end in Iraq and Afghanistan. We got Sadam, thus Iran is no longer a major problem. He fails to see that one day "another" Sadam will rise to power. He should know, after all we got rid of one Bush only to get stuck with another.

What has all this got to do with the recent GOOGLE™ gliches, you ask? Well, because of the "War on Terror" we are being watched. Our telephone calls, our e-mail, and even our Blogs are being monitored.

I live in constant fear everyday. Surely someday AARP, the BSA, the NAACP, the NFL, or some other powerful group is going to come down hard on me for some of the content of my Blogs. I even shudder that some insignificant organizations like the Secret Service, the FBI or even the CIA may even be reading my Blogs.

So heavy is the traffic caused by their prying eyes, that the servors of the Internet every where are getting over-taxed. Ah, the Republican party is smug, but also desperate. Screw the little fleas out there and their Blogs! Long live The Party!

Have you ever wondered about that sometimes enigmatic grin that curls Dubya's lip? It sort of reminds me of that shit-eating grin on the face of the Mona Lisa. He's looking at us common folks as an elephant would regard a flea on its testicles! Why does an elephant lick its balls?
....Two answers: 1) because he can; and 2) because he can't make a fist!

There's something else an elephant can do, and it's a trait shared by the President and his constituents. Do you want to know the secret of Dubya's sneaky grin? Guys, if you could this, you'd have a grin on your face too!

Are you sure you really want to know?

Scroll down for the secret.

Are you sure you want to know?

Do you really want to see this?

Are you prepared to see what Bush and his Republican pals can do ....

It's not too late. You can stop here now. 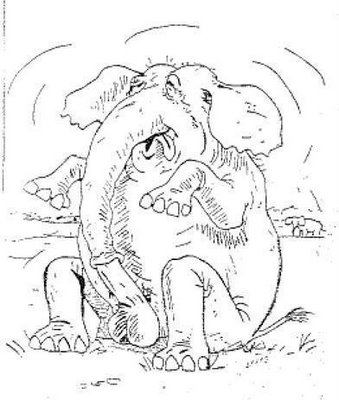 How does one keep a smug look on their face?

I haven't been able to change my sidebars on the old site for months now. Forget getting any support from blogger. Good luck. That cartoon was... memorable.

Um...okay. Yeah, you were unavailable to me last evening as well. Scared me there for half a second.

What a windup!! You have captured the essence of the Grand Old Party, Pointmeister.

I wonder if I can show that cartoon in class?

I am not going to switch to Beta until I am sure it will be bug-free (which is probably never, right?)

Can Dubya really do THAT Mike? wonder why he has such fun screwin' the rest of the world then.