A Blog With Lipstick Is Still A Blog 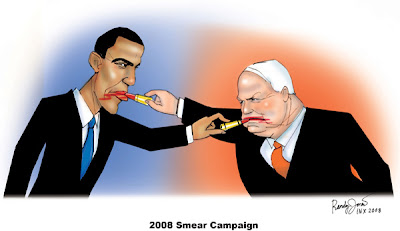 With first of the debates between McCain and Obama looming large, I am wondering what topics will create the most heated exchanges.

Moderator: Senator Obama, what do think of the debate process?
Sen Obama: The secret of good fishing is debate you put on dahook.

Moderator: What do think are the most important issues?
Sen Obama: That's a tough one, but I'd have to say it's a tossup between the Sports Illustrated swimsuit issue and the Playboy Playmate Review issue.

Moderator: Governor Palin, what do you say are the most important issues?
Gov Palin: I'm partial to Field & Stream myself.

Joe Biden: Governor Palin, what does Field & Stream put in their centerfolds, moose?
Moderator: Senator Biden, you weren't called on to speak yet.
Gov Palin: I'm sure the Senator from Delaware wouldn't know a moose if he saw one.
Moderator: Okay. I'm sure the American public would like to hear your response, Mr. Biden.
Joe Biden: I do know that the difference between and a moose and an Alaskan housewife is the plaid jacket ... and lipstick!

Moderator: Senator McCain, I'm sure the American voters are concerned about your apparent confusion over the number of residences you own. Would you care to comment on that? 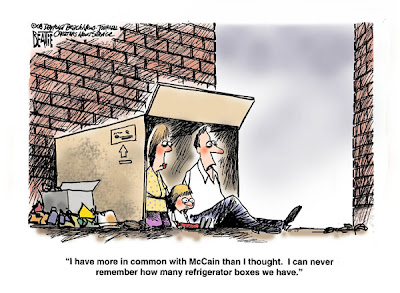 Sen McCain: It's quite simple really. I was putting the cart before the mule. I was counting the White House as home, rather prematurely, of course.

Moderator: Another topic of great interest to the voters is the concern for the protection of our financial institutions. They fear their stocks, mutual funds, and 401-Ks are in jeopardy.

Joe Biden: Governor Palin can put on all the lipstick she wants, but if you put lipstick on a buzzard, it's still a buzzard! 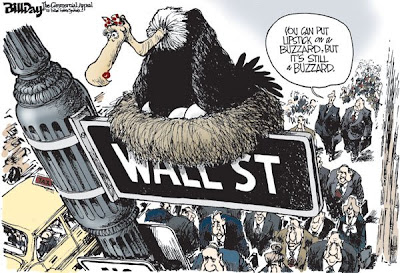 Hillary Clinton: Who are you calling a buzzard?

Yes, the Presidential and Vice Presidential debates for 2008 will be interesting. They promise to be the highest rated and most watched debates in history. Or not.

No.1472
Curmudgeon responsible for this post: Hale McKay at 8:53 PM

LOL...I reckon the debates will have their own respective spins applied, with a whole lot of latitude given the side best able to say alot without saying a thing
(aka, Oblahblah/Obiden).

I remember some government official (Who? I don't recall) saying to Biden: "You are known for your Manic-obsessive running of the mouth"